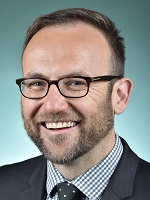 Today I support the call for Australia to formally recognise Palestinian statehood. …Australia is falling behind the rest of the world in our refusal to seek a pathway to peace through the recognition of a Palestinian state.

Mr BANDT (Melbourne) (16:44): Last week I joined with others to welcome to Parliament House John Salisbury. John is a Melbourne man who walked all the way from Sydney to Canberra over 10 days to deliver a petition calling on the House of Representatives to formally recognise the state of Palestine. John received a lot of support on his travels and over 1,000 people signed the petition. Today I support the call for Australia to formally recognise Palestinian statehood.

Over recent weeks, we have seen once again the horror and sadness of the ongoing conflict in Israel and Palestine. More than 40 Palestinians and seven Israelis have died in recent street violence in occupied East Jerusalem and the West Bank. A little more than a year has passed since the horrific escalation of violence that led to the deaths of over 2,000 Palestinians and over 70 Israelis. This violence is to be condemned in its entirety, but we must also recognise the disproportionate death toll—over 2,000 Palestinians. There can be no path to peace without a recognition of the legitimate rights and aspirations of the Palestinian and Israeli people to live in peace and security in their own independent sovereign states.

The DEPUTY SPEAKER ( Ms Landry ): In accordance with standing order 43, the time for members’ statements has concluded.