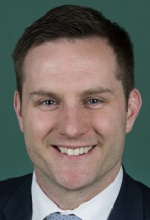 Our relationship with Israel and the Jewish people is so strong, so well rounded and so developed. We should not compromise that because Labor has some people within it who want to change the course of Australian history.

Mr HAWKE (Mitchell) (12:31): I rise to support this motion from my colleague the member for Berowra and to respond to some of the things that we’re hearing from the Australian Labor Party and the government. Australia’s voice internationally is well regarded. It’s recognised as a voice for human and individual rights. And of course it speaks regularly, in a minority sense, for these high-moral-ground positions. The member for Makin is better than the argument that the Labor Party is making in saying that, because a majority thinks something, Australia should just do that. A majority of countries today—a newsflash for the Labor Party—deny Israel’s right to exist. They have anti-Semitism embedded in their cultures and their thinking. Does that mean Australia’s voice should join with a so-called majority of countries that happen to think that way? I don’t believe so.

Thankfully, as a Western country, as a country dedicated to principles of freedom and individual human rights and liberty, Australia’s voice has always been on the side of individual human rights, and it has stood strongly for Israel from the beginning of the modern nation of Israel because we understand that it has a right to exist—a right denied by many countries today. For the Labor Party to argue that we should join with the majority who happen to be wrong—morally wrong; reprehensibly wrong—about something, objectively, and that we should not be in a minority on human rights because human rights violators say that Israel should not exist, I think is fundamentally a weak argument and a weak position.

Further, for the Labor Party to suggest that, because they believe there was a political tactic a few years ago and, now they’re in government, that’s the reason they have made this change, is fundamentally incorrect as well. This is Labor’s longstanding platform and belief. I accept that. This is not because of a political tactic by the Morrison government. It is embedded within the Labor Party. It is a dark chapter in the Labor Party’s modern history—their attitude towards Israel and, subsequently, towards the Jewish people. It is a dark chapter. The evidence in Australia is compelling. It is growing. And I know that many of the members opposite feel strongly about this as well—that this dark chapter in the Labor Party’s modern history does need to be tempered, because it is getting out of control. It is getting out of control now, when the government, with no consultation, makes this announcement. And they know full well the impact, diplomatically, this will have. This is not about Tel Aviv versus Jerusalem.

The member for Makin took us on a modern history lesson, but here’s an ancient history lesson. From any cursory examination of Middle Eastern history, people understand why the issue of Jerusalem is so important to the Jewish people and why it will always be central to the Jewish religion and the state of Israel and its construct.

So, just because a number of countries say: ‘We don’t recognise your right to exist,’ Australia should not join those voices. We believe they are wrong. We believe in the right principle: of standing setting up for a two-state solution. That has been the guiding principle of peace in the Middle East and the Australian government’s position for a long time. And I don’t believe it should change.

If the United States of America, regardless of who the president was, decided to take a bold step in favour of human and individual rights and the right for Israel to exist, then I believe Australia was right to support them and endorse them. I’ve always thought that. I’ve always believed it. From my studies in Middle Eastern history at university, I’ve always felt that Israel has a right to exist, that the Jewish people have a right to self-determination and that a two-state solution is the only basis for peace in the Middle East. It’s the commonsense position, it’s the position the United Nations endorses and it’s something that should not be subject to politics—as members opposite have said. They know the impact of unravelling this. They understand that this is going to have a negative impact in the community.

The way it was done was brutal, and I understand that this does give licence to those in the Labor Party—and I don’t mean the members opposite—who are part of the dark chapter in the modern Labor Party. The Jewish community in Australia knows it. Any casual observer know it. And we need to send signals to those people that they are not to be given licence to further unravel what is a consistent and reasonable policy position for Australia to take, which is that a two-state solution is best.

That’s why I strongly support this motion from my colleague the member for Berowra. He and the member for Bradfield are people who are standing up. Many of the new members who’ve come from the teal side in the seats: listen to the voices of the people who represent these seats and listen to the voices of the community here in Australia. Our relationship with Israel and the Jewish people is so strong, so well rounded and so developed. We should not compromise that because Labor has some people within it who want to change the course of Australian history.