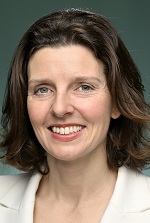 But, whilst the former government’s decision was cynically timed, I do believe it is right for Australia to recognise West Jerusalem as the capital of Israel. West Jerusalem has been part of Israel since 1948, when the country was established. It has never been contested in any peace negotiations. Its status has never been on the table.

Ms SPENDER (Wentworth) (12:41): I rise and support the motion moved by the member for Berowra. The government’s decision to withdraw recognition of West Jerusalem was rushed and badly handled. It was poorly timed and without proper consultation. It ignores the fact that West Jerusalem has never been contested in any peace negotiations, and it has undermined our ability to play a constructive role in supporting a peaceful two-state resolution, which is so vital for the Israeli and Palestinian people. It is a decision the government should reverse and apologise for.

I want to make clear that I am a strong supporter for a two-state solution in the Middle East. I hope to see successful Israeli and Palestinian states living side by side in peace in my lifetime. Australia is home to refugees and migrants from across the region and from all sides of this dreadful conflict. Many of these people live and work in Wentworth, and so my community understands more than many the damage that this ongoing conflict has done and the important role that Australia must play in creating a peaceful future. Like so many people in Wentworth and across Australia, I have deep concern for the Palestinian people’s suffering, and I unequivocally support them, but at the same time I unequivocally support Israel’s right to exist in peace. But that does not mean I support all actions of the Israeli government. We must have peace, and all sides must play their part in creating it.

It has therefore never been more important to take actions that promote an enduring two-state solution in the Middle East. Unfortunately, the government’s recent decision does not help. I’m deeply disappointed by the decision itself and by the process followed to make it. Labor has acknowledged that this decision was badly handled. Jewish community representatives were informed by the government on Monday 17 November that there would be no withdrawal of recognition. The next day the government did exactly the opposite. To make matters worse, the decision was announced on a Jewish holy day, meaning community leaders could not respond. It was poorly handled at the diplomatic level. The government of course has the right to change policy, and I recognise that in opposition Labor had expressed these views, but it’s also fair to expect the government to consult with communities and work respectfully with other countries even if it’s a policy that the other country may not like.

Sadly, this is not the first time that this issue has been poorly handled by the Australian government. Let’s be honest: Scott Morrison’s decision to bring the Israeli capital into the 2018 Wentworth by-election was a cynical political decision designed to win votes on the day before my community went to the polls. But, whilst the former government’s decision was cynically timed, I do believe it is right for Australia to recognise West Jerusalem as the capital of Israel. West Jerusalem has been part of Israel since 1948, when the country was established. It has never been contested in any peace negotiations. Its status has never been on the table. It has always been within the green line and is not part of the territories which Israel occupied in the 1967 war. There has never been a resolution at the UN calling on Israel to withdraw from West Jerusalem. It is not a contested space. Finally, there is no clear evidence that Australia’s recognition of West Jerusalem has, in any way, undermined peace negotiations, as has been alleged by others. In fact, since 2018 when Australia took this action, five Arab states have officially normalised relationships with Israel.

We cannot pretend that the road to peace is a straightforward one, and we must acknowledge that there will be missed steps and false starts along the way. But the difficulty of the issues at hand does not excuse the blunder that the government has made. We must and we can do better.

A division having been called in the House of Representatives—