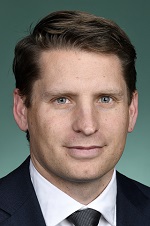 I must say that as Australians we should not allow either side to use victimhood as a strategic weapon. The task before us on both sides of politics and indeed before whoever forms government in the next few years is reconciling those interests: Israeli interests and Palestinian interests. Rather than taking sides, we should be helping both sides work on each other’s victory speeches.

Mr HASTIE (Canning) (18:11): I thank the member for Goldstein for raising such an important topic for discussion this evening. First, let me say that I, like this government—and, I note, many on the other side of politics, like the member for Isaacs—unequivocally recognise the right of the Jewish people to live in the modern state of Israel. That the Jewish people have a legitimate claim to that land and to the city of Jerusalem is blindingly obvious. It is deeply sown into their history, their religion and their culture.

Recognition of Israel’s right to exist is also a fact of modern political history stretching back to the Balfour Declaration in 1917. The Prime Minister recently pointed to Australia’s role in that history, noting that we were the first country to vote in favour of the 1947 UN partition resolution, which led to the establishment of Israel in 1948. The land of Israel holds a centrality to the Jewish identity unique among all other peoples and religions. Therefore, it is highly hypocritical for some on the modern Left to insist upon the right of Palestinian statehood yet, in spite of the facts, equivocate over the right of the Jewish people to the land central to their own history, religion and culture.

Israel and Australia share much in common, not least their commitment to democracy and the Western liberal tradition. Indeed, Israel stands unique among the Middle Eastern states for its commitment to open democratic process, free elections, human rights and the equal treatment of women. The numbers from Israel testify to its standing as an advanced democratic society. To take just a few examples, Israel enjoys high levels of employment, with a higher level of female employment than the OECD average. Indeed, in all sectors, there are more female than male graduates from higher education. The fertility rate in Israel sits at 3.0—well above the OECD average of 1.7—and Israeli parents receive full pay compensation for parental leave.

I can personally attest to Israel’s commitment to human rights. On a recent trip to Israel, up in the Golan Heights, I visited a hospital as part of a trip that was funded by an Australian-Jewish group, and I can attest to the state of Israel showing mercy and humane treatment to those who would do them harm. They had Syrian fighters who had been brought across the border, and they were being treated right there in an Israeli hospital. I got to speak with them directly and ask them how they got there, and they said it was the IDF that brought them over the border.

In recognising Israel’s right to exist, I also recognise Israel’s right to self-defence. I think it is true to say that, if countries around Israel did not have weapons, there might be peace. But, if Israel did not have weapons, there would certainly be no Israel. It has been said that Israel is a ‘villa in a jungle’—I think that was Ehud Barak—and the former ALP leader, Kim Beazley, said that it has the ‘strategic depth of a beachside suburb’. Many adversaries surround it.

It is a real challenge. You have the Iranian axis, with Iran, Hezbollah and the Assad regime, on one side. You have radical Sunni Islamists, most clearly expressed with Islamic State and al-Qaeda, who would do them harm. You have political Islamists in the region, led by the Muslim Brotherhood, who are very active in Egypt, Tunisia, Sudan, Yemen and other places, all of whom would deny Israel statehood. And then you have the Arab states, who are threatened by the first three but certainly are no friend of Israel at the United Nations. So the threat faced by Israel is pervasive and unrelenting.

I was in Sderot, in the south, which is only a kilometre away—maybe two kilometres away—from Gaza. Since 2000, they have had about 12,000 rockets fired into their community, and they live every day under the threat of rockets. I was surprised at how resilient they were, given the stress that that must cause the locals there.

I must say that as Australians we should not allow either side to use victimhood as a strategic weapon. The task before us on both sides of politics and indeed before whoever forms government in the next few years is reconciling those interests: Israeli interests and Palestinian interests. Rather than taking sides, we should be helping both sides work on each other’s victory speeches. Of course, wrongs have been committed on both sides, but I think it is fair to say that there is only one voice on the side that opposes Israel that denies the legitimacy of Israel.

The Israel I have observed is a remarkable country that has thrived in the face of seemingly insurmountable odds. In a time when it is less safe for Israel than ever, I add my voice among its supporters, and I call on all in this place to work together in upholding its legitimacy and seeking a lasting peace in that region.