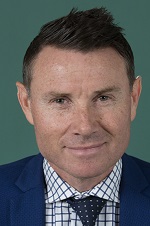 The destabilisation we’re seeing at the moment, the high friction created in the West Bank, East Jerusalem, breakdowns in ceasefires—all of that is ultimately being spawned by political obsession in the absence of any economic development. Both parties need to be focusing on that or having a second track that explicitly looks at economic development opportunities and overcoming structural constraints for the sustained development of the Palestinian territories.

Mr LAMING (Bowman) (11:28): [by video link] The piecemeal approach on the economic and security challenges in the occupied Palestinian territories, which we’ve seen not just for years but for decades, really does look like being perpetuated, particularly in recent events. I want to summarise the work of the relevant UN report but I also want to make it fairly obvious that many of us have travelled to this part of the world—and we deeply thank our hosts for making that possible—but we all have to be very cautious that we don’t develop a political view on this complex part of the world based on whoever funded our last delegation to the region. We have to acknowledge that unravelling this is highly complicated and it goes back well over 70 years.

The point I want to make pretty clearly is that short-term fixes aren’t going to be the answer. Picking out isolated anecdotes and fixating on them as representing some form of horrific injustice is not going to help fix the problem or the additional crises, led by COVID; nor is the respective parties failing to work together and failing to focus on the economic elements of this tragedy. They are the means through which we can one day have a political solution. If we keep putting the politics of all this first, at the expense of economic opportunity, that’s where we will see the suffering. The UNSCO were right to point out this month that the economic and fiscal situation there is ‘dire’, and their report says that we’ve got to take this head on.

Every hour of every day that I was in that country, I was reminded of a famous quote: if you stay for a day in Palestine, you can write a novel; if you stay for a year, you can barely fill a page. The reality is that the longer you stay there the more you appreciate the complexity. We’ve had years of economic stagnation in the West Bank, which has seen a further collapse during COVID. The situation in the Gaza Strip has resulted from a multidecade decline, which is not something that can be turned around overnight, particularly given the high unemployment and the status of women in the country. It’s increasingly difficult for the Palestinian Authority to even deliver on its mandate let alone cover its minimum expenditures or make any form of critical investment in the economy. That’s what our clear and present challenge is right now—to not devalue, diminish or ignore the political challenges. Both parties, not just the PA, are responsible for the economic elements. It’s not just of the water supply. We have to make sure that we are constantly focused on vocational training, getting more graduates and addressing unemployment and making small and micro business opportunities possible in the Palestinian-run areas.

The longstanding shortage of public funds is a concern, but we can’t continue to expect the international community, 70 years on, to be primarily responsible for the support. Neighbouring Islamic economies need to be playing not just an increased role but almost the complete role in supporting the Palestinian territories both in finding a diplomatic solution to this but also driving the economic possibilities for this generation right now. There’s no need for the international community to be running the schools and childcare centres. It’s patronising. The Palestinian Authority, despite its lack of funds, needs to be making sure that this is done with international bilateral partnerships, where local countries with a stake in the reality on the ground are pulling their weight and not relying on this becoming a persistent global effort. It does not need to be that. Israel, too, can do far more in releasing clearance revenues, which they’re unilaterally equating as the amount paid by Palestinians to its prisoners and their families or the families of those that are killed or injured during attacks.

This is a severe crisis. We don’t want unilateral action. We need to be working on an integrated response. The report this month has called for that. In the last couple of days the chair’s summary of the meeting of the Ad Hoc Liaison Committee that met in Oslo on 17 November was released. It was virtually supported. But all met at that high level. They’re trying to promote some form of cooperation between the parties but with an economic focus. We’re identifying the next step. There’s an IMF report.