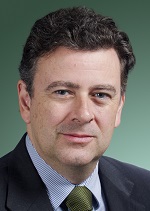 Dr SOUTHCOTT (Boothby) (12:08): I would like to make a few brief remarks on the passing of Ariel Sharon. Certainly, Ariel Sharon has been at the centre of key events in the life of Israel. He is one of the most influential figures in Israel’s history, both as a military commander and as a political leader.

He was born in Palestine in 1928 into a family of intellectuals. The need to fight for the new country of Israel determined his career. He joined a Zionist militia at the age of 14; eventually he commanded a special forces unit and was well known for his military career. He fought during each of Israel’s five wars. For many Israelis, he was the hero of the Yom Kippur War of 1973—the man who led his troops across the Suez Canal and thus saved Israel from defeat by Egypt. He was called a warhorse. He was known as the bulldozer, a larger-than-life, blustering figure who came to dominate the domestic political scene as much by his sheer physical presence as by his rhetoric. He very much supported the Jewish settler movement. After his military career, he moved into politics. He served as a defence adviser to Yitzhak Rabin before being appointed minister of agriculture by Rabin’s successor, Prime Minister Begin, in 1977. He was elected to Israel’s parliament, the Knesset, as a Likud member in December 1973. While he was someone who fought in all of Israel’s five wars, he was very concerned about having peace and security for Israel.

I was fortunate enough to witness a meeting between Ariel Sharon and Prime Minister John Howard in September 2005, shortly before he had his stroke. One of the things I remember from that meeting is that Ariel Sharon spoke very warmly about Australia and about his boyhood memories of the Australian horses that he remembered. These were horses that were left behind in Palestine by the Australian Light Horse from the First World War. As members will remember, quarantine regulations meant that the horses were not able to return to Australia. Many of the light-horsemen had very painful separations from their horses. He remembered these horses, which were known as walers, and spoke of how his first memories of Australia were actually through our horses left in Palestine from the First World War. It was, as I remember, a very warm meeting between Prime Minister Sharon and Prime Minister Howard. Prime Minister Howard spoke about his times, also as a young man, travelling throughout the Middle East and of his stay in Jerusalem, made when he was a young man on his way to London.