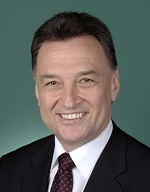 Ms Julie Bishop asked the Minister representing the Minister for Foreign Affairs, in writing, on 12 February 2013:

(1) Prior to 18 January 2013, did the Minister seek advice from the International Law Office within the Attorney-General’s Department on the legal status of Israeli settlements on the West Bank.

(2) What legal advice is the basis for the statement made in the AUKMIN2013 Communique, that ‘All settlements are illegal under international law…’.

(3) Did the Minister give the United States prior notification of the intention to include in the Communique, a call on its government to take a more active role in the Israeli/Palestinian peace process; if so, how much notice was provided.

Dr Emerson: The following answer has been provided by the Minister for Foreign Affairs to the honourable member’s question:

(2) It is the widely held view of the international community that Israeli settlements in the Palestinian Territories contravene international law. This is reflected in, for example, the 2004 Advisory Opinion of the International Court of Justice on the Legal Consequences of the Construction of a Wall on Occupied Palestinian Territories and resolutions adopted by the United Nations General Assembly and the United Nations Security Council.

The basis for the statement is outlined in a document tabled by the Minister in the Senate Estimates (Foreign Affairs, Defence and Trade Legislation) Committee on 14 February 2013. A copy of this statement is attached for reference.

– For example, the annual GA resolution on the applicability of the Fourth Geneva Convention to the Occupied Palestinian Territory, including East Jerusalem, and the other occupied territories, was adopted at UNGA67 on 15 November 2012 by 164 in favour; six against; four abstentions.

Article 49(6) of the Fourth Geneva Convention (on the protection of civilians in time of war) provides that “the Occupying Power shall not deport or transfer parts of its own civilian population into the territory it occupies”.

– The Court said that Article 49(6) prohibited not only deportations or forced transfers of populations such as those carried out during the Second World War, but also any measures taken by an occupying Power in order to organize or encourage transfers of parts of its own population into the occupied territory. The Court found that since 1977, Israel had conducted a policy and developed practices involving the establishment of settlements in the Occupied Palestinian Territory contrary to the terms of Article 49(6).

– By majority (Judge Buergenthal dissenting) the Court also found that the construction of the security barrier and its associated settlement regime was in violation of key provisions of occupation law, human rights law and (Judge Kooijmans dissenting on this point) the right of Palestinians to self-determination.

The Security Council has, over time, described Israeli settlement activity as having “no legal validity”

– Res 452 (1979) (adopted 14-01-1 (US abstention)) included the following language: “Considering that the policy of Israel in establishing settlements in the occupied Arab territories has no legal validity and constitutes a violation of the Fourth Geneva Convention relative to the Protection of Civilian Persons in Time of War of 12 August 1949”.

– Res 465 (1980) (adopted unanimously) included the following language: “Determines that all measures taken by Israel to change the physical character, demographic composition, institutional structure or status of the Palestinian and other Arab territories occupied since 1967, including Jerusalem, or any part thereof, have no legal validity and that Israel’s policy and practices of settling parts of its population and new immigrants in those territories constitute a flagrant violation of the Fourth Geneva Convention relative to the Protection of the Civilian Persons in Time of War and also constitute a serious obstruction to achieving comprehensive, just and lasting peace in the Middle East”.

– The most recent attempt at a Council resolution on settlements (Draft resolution S/2011/24, on which the Council voted 14-1 (US) on 18 February 2011, contained the following language “Reaffirming that all Israeli settlements activities in the Occupied Palestinian Territories, including East Jerusalem, are illegal..”

This position is further supported by the annual General Assembly resolution on Israeli settlements in the Occupied Palestinian Territory, including East Jerusalem, and the occupied Syrian Golan, which was adopted at UNGA67 on 15 November 2012 by 163 in favour; six against; six abstentions

– The resolution “reaffirms that the Israeli settlements…are illegal” (OP1) and “calls upon Israel to accept the de jure applicability of the [Fourth Geneva Convention]…and to abide scrupulously by the provisions of the Convention, in particular article 49” (OP2).

Prior to the Foreign Minister’s recent statements Australia had stated that Israeli settlement activity is illegal on two occasions before the Security Council, in January 2011 and October 2012.