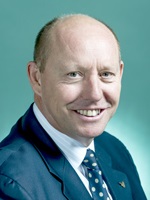 Sharon loved his country, he loved his people and he was a man of his time, both in war and in peace. In his political life as well as his military career he was indeed courageous.

Mr HUTCHINSON (Lyons) (12:17): Some saw former Israeli Prime Minister Ariel Sharon as a butcher, some saw him as a saint but history could well judge him as his country’s saviour. Those are not my words, but I echo those of former Israeli newspaper editor-in-chief David Landau, who wrote a definitive biography of Sharon, published, interestingly, in the United States the day before the former Israeli leader died, on January 11 this year, after spending eight years in a coma and just short of his 86th birthday. Landau also said that Sharon’s reputation was tarnished over the years by claims of self-interest but, despite the knee-jerk negative reaction to the man in many liberal and literary circles, Sharon regarded the land of Israel as his responsibility and worked all his military and political life to take care of it and its people.

Sharon was one of Israel’s most controversial figures but holds a special place in the country’s history. He was a commander in the Israeli army from its creation in 1948 and was considered the greatest field commander in the country’s history and one of Israel’s greatest military strategists. As a politician he became known as the Bulldozer because of his contempt for his critics and his ruthless drive to get things done. Yet, against the wishes of the country’s hard Right, he orchestrated Israel’s unilateral disengagement from the Gaza Strip. He was effective because he was firstly a pragmatist. He lost the confidence of his party over this, formed a new party and was expected to win the next election, as he planned to clear Israel out of the West Bank. But he suffered a massive stroke on 4 January 2006 that left him in a permanent vegetative state until his death this year.

Sharon loved his country, he loved his people and he was a man of his time, both in war and in peace. In his political life as well as his military career he was indeed courageous. Decisions like the one to pull out of the West Bank were based on a love of the Jewish state and of its people. He was a man who made many contributions, both military and diplomatic, such as the establishment of a free trade agreement between the US and Israel, and he showed an ability to get things done, sometimes at a great personal cost. I note also the recognition that was given to the work that he did bilaterally with his former adversary Egypt in developing agriculture and agricultural research between those two countries.

Given the eight years that were lost to him while he lay in a coma, we might well have been commending him today as Israel’s political saviour. Of the things that I have read about his life, perhaps what struck me most were the words of his long-time personal secretary, Marit Danon, who described him as ‘a lonely, gently flirtatious, highly verbal widower with a lust for food’—something that I could recognise—’and, though he understood that leadership was synonymous with lonesomeness, a constant and endearing tug toward the company of others’. May he rest in peace.