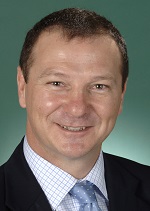 In the last fortnight, nearly 60,000 Palestinians have been displaced by Israeli air strikes. Hundreds of Palestinians have been killed, almost half of them children. There is never any righteousness in targeting children. The cycle of tension, escalation, provocation and then brutal destruction is all too familiar for Palestinians. The current escalation of violence, incitement of hate, destruction and loss of lives are tragic. It is totally unacceptable and, what’s more, it is morally repugnant.

Mr PERRETT (Moreton) (19:30): I have been horrified by the last few weeks of escalating violence that has left hundreds dead and thousands injured, particularly in Gaza. Recently, Queenslanders joined in commemorating the catastrophe of the Nakba, when 700,000 Palestinians were forced to flee from their homeland during the 1948 Palestine war. Rallies everywhere throughout Australia remembered the brutal extinguishment and sacking of more than 400 Palestinian villages—the first steps in that long journey to the establishment of what would appear to be a semi-apartheid state between the Dead Sea and the Mediterranean Sea. So, I stand with those Palestinians and their families who are still suffering from that catastrophe right now.

In the last fortnight, nearly 60,000 Palestinians have been displaced by Israeli air strikes. Hundreds of Palestinians have been killed, almost half of them children. There is never any righteousness in targeting children. The cycle of tension, escalation, provocation and then brutal destruction is all too familiar for Palestinians. The current escalation of violence, incitement of hate, destruction and loss of lives are tragic. It is totally unacceptable and, what’s more, it is morally repugnant.

The United Nations Secretary-General has condemned the violence and urged:

… Israel to cease demolitions and evictions in the Occupied Palestinian Territory, including East Jerusalem, in line with its obligations under international humanitarian and human rights law.

Amnesty International has urged nations and the United Nations Security Council to openly hold Israel accountable for their violations of international law. Save the Children has condemned the violence, saying:

No child should be scared by air raids, sirens or woken up at night to the sounds of jets and shelling … Families in Gaza have told … how they spent a sleepless night fearing for their lives.

Save The Children’s country director for the occupied Palestinian territories said before the ceasefire:

Children are already living in grave danger, and with every rocket or airstrike launched they are brutally reminded of this fact. We urgently need all parties to stop hostilities and bring an end to the fear and suffering children and families have endured for far too long. How many children have to die before the situation is brought to an end?

Irrespective of any ceasefire, Labor calls on the foreign minister to seek an immediate halt to all actions that increase tensions, including land appropriations, forced evictions, demolitions and settlement activity. Obviously we call on all leaders to maintain this ceasefire and prioritise the protection of civilians, particularly children.

Labor has always been a strong supporter of the rights of Palestinians to live within secure, sustainable and recognised borders. I’m proud that Labor’s national platform makes clear the desire to recognise Palestine as a state, and hope that this will be a task for a future Labor government. An Albanese Labor government will ensure that any decision taken contributes to a peaceful resolution of the conflict and to progress towards a sustainable two-state solution. Labor is committed to a just and enduring two-state solution, based on respect for human rights and consistent with international law. It has consistently expressed the view that deliberate, cruel and systemic settlement building on occupied Palestinian land undermines a sustainable two-state solution. Such trickery, treachery, deception and theft are roadblocks to a real lasting peace. Labor calls on Israel to halt settlement expansion and to support renewed negotiations towards a sustainable peace.

I call on the Morrison government to ensure Australia is working constructively to support security and human rights in advance of a lasting peace in the Middle East. I hope there will not be a return to escalation of violence—this uneasy calm cannot be temporary—but I’m not overly optimistic.

Let’s look at some of the people and politics involved. Prime Minister Netanyahu was formally indicted in November 2019, and could face up to 10 years in prison for bribery and a maximum of three years for fraud and breach of trust. A year ago Netanyahu was elected for his fifth term. He is a politician who knows every trick in the book, and how to divide. When bringing the indictment against Netanyahu, his own Israeli attorney-general said in a dramatic speech:

I am bringing an indictment on public corruption against the prime minister in three cases. It is sad for me personally and for the country.

For a national leader to provoke violence and division for short-term political gain is the ultimate act of political cowardice and bastardry. So I stand with the Palestinian people today and every day. I ask them and hope and urge that they will stay strong and stay proud. To quote a song—and I won’t sing—’We are the people and this is the time to stand up and sing out for Palestine.’ Let us hope that this is a lasting peace and that we can come to a resolution that involves a two-state solution that is peaceful. (Time expired)