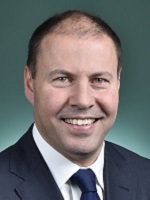 Australia is an enduring and important friend of the state of Israel. It is so because the relationship is based on shared values—the values of democracy—and also the commitment to seeing Israel have its own security within internationally recognised borders.

Mr FRYDENBERG (Kooyong—Parliamentary Secretary to the Prime Minister) (12:03): On indulgence, I would like to endorse the very fine words of my friend and colleague the member for Deakin on this condolence motion for Ariel Sharon. As was mentioned, he was a great Israeli soldier, politician, and prime minister for the years between 2001 and 2006, who died of a stroke at the beginning of this year, in 2014.

Ariel Sharon was the son of Russian migrants. He grew up on a farm; he joined the Haganah, which was the pre-state Zionist fighting brigade; he was a member of the elite fighting forces; and he played key roles in some of Israel’s defining battles, namely the war of independence in 1948, the 1956 Sinai campaign, the 1967 Six-Day War, the Yom Kippur War in 1973 and also the 1982 Lebanon war. He held a number of portfolios before rising to be Prime Minister, including Minister of Energy and Water Resources, Minister of Housing and Construction, Minister of Industry and Trade, Minister of Defense, of course, and Minister of Foreign Affairs.

He was, in the words of President Shimon Peres, a man upon whose shoulder Israel’s security rested. At his funeral, which was attended by dignitaries from across the world, including former British Prime Minister Tony Blair, our own Minister for Foreign Affairs, Julie Bishop, and Vice President of the United States, Joe Biden. Vice President Biden said:

… like all historic leaders, all real leaders, he had a north star that guided him … His north star was the survival of the state of Israel and the Jewish people wherever they resided.

Australia is an enduring and important friend of the state of Israel. It is so because the relationship is based on shared values—the values of democracy—and also the commitment to seeing Israel have its own security within internationally recognised borders. Currently, Israel is suffering at the hands of a pincer movement at both its north and its south. On its north, groups like Hezbollah, supported by the Iranian government, are involved in the Syrian conflict, which has seen a tragic loss of civilian life and creates great instability on Israel’s northern border; in the south, we have seen the troubles in Egypt after the fall of the Morsi regime and the Muslim Brotherhood—a group that is not a friend of Israel—as well as the work of Hamas and others that seek to put an obstacle in the path of peace.

This delicate security position that Israel finds itself in is compounded by an international movement to undermine Israel’s legitimacy in the minds of fair-thinking people across the world, namely the boycott, divestment and sanctions movement, which seeks to undermine relationships with Israeli researchers, academics, artists and civilians, merely because they are from the state of Israel. Australia will not tolerate a world in which that sort of behaviour goes on and will always be there to support Israel as it faces difficult security challenges. I am sure Ariel Sharon, if he were alive today, would acknowledge the courageous leadership and support that both the Prime Minister, Tony Abbott, and the foreign affairs minister, Julie Bishop, extend to Israel. Also, he would have been pleased to see the kind words that have been extended to him by world leaders, at the time of his passing, acknowledging his deep commitment to the state of Israel, to the security and prosperity of its people and, by extension, to the betterment of the broader community in the Middle East.