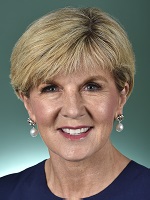 Israel embodies our faith in the fundamental human desire of people the world over to live their lives in freedom. That is why this evening I seek the support of this House for this motion that not only restates our support for the state of Israel but notes, with great concern, the resolution by the Greens councillors on Marrickville council for a boycott of Israel that was supported by Labor councillors. They should stand condemned. I commend this motion to the House.

(1) restates its support for the motion moved by the then Prime Minister and passed by this House on the sixtieth anniversary of the State of Israel, and in particular:

(a) acknowledges the unique relationship which exists between Australia and Israel, a bond highlighted by the commitment of both societies to the rights and liberty of our citizens and to cultural diversity;

(b) commends the State of Israel’s commitment to democracy, the rule of law and pluralism; and

(c) reiterates Australia’s commitment to Israel’s right to exist in peace and security, and our continued support for a peaceful two-state resolution of the Israeli-Palestinian issue; and

(2) notes with concern the fraying of the traditionally bipartisan support amongst Australia’s political parties for the State of Israel, and in particular the:

(a) resolution by Greens councillors on Marrickville Council for a boycott of Israel, supported by Labor councillors;

(b) policy adopted by the NSW Greens for an Israel boycott;

(c) decision by the NSW Labor Party to preference the Greens candidate for Marrickville ahead of other candidates who did not support an Israel boycott; and

(d) decision by Labor and Greens councillors on Moreland City Council, Melbourne, to allow the anti-semitic group Hizb ut Tahrir to use Council premises in August 2010 despite Hizb ut Tahrir publicly calling for the slaughter of Jewish people, and its enthusiasm for Osama bin Laden.

It is appropriate at this time, when the world’s attention is fixed on the tumultuous events in the Middle East and North Africa, that the Australian parliament reaffirm its support for the motion moved by the then Prime Minister and passed by the House on 12 March 2008 which celebrated and commended the achievements of the state of Israel on its 60 anniversary. As the world has watched those tumultuous events unfold, new-found voices in the Middle East and North Africa have broken through decades of political oppression in the region, bringing hope to people long forgotten by their rulers. So rapid and unexpected was this transformation that world leaders hesitated, unsure of the implications of the political avalanche that was occurring in the Middle East and beyond.

Australians will always stand alongside other free and democratic nations in championing the cause for individual liberty, greater freedoms and necessary political and economic reforms. While the world must hope that the removal of these regimes might lead to a better future for the region’s people—a future in which economic opportunity and individual betterment replace fear and hatred—that outcome is far from assured. Throughout the recent turmoil Israel, the region’s only true democracy—in fact, the beacon of democracy—has understandably watched these events unfold with trepidation that the changes sweeping the region could bring forth a new strategic environment more hostile to Israel than the one just passed.

While the world is right to rejoice in the democratic aspirations of the people of the Middle East and North Africa, Australians should never forget that Israel is the one country in the region where democratic rights and freedoms have existed interrupted since the establishment of the modern state of Israel in 1948. It has been said that a nation is born out of the fire and brimstone of war, but for Israel this has been the reality of its entire history. Australia has been, and will continue to be, a true friend and committed supporter of the state of Israel and its people. Australia’s ties to Israel are deep, with our shared interests incorporating that bond of common values that unites free nations around the world. At the heart of our friendship is a shared belief in democracy, individual liberty, equal rights and the rule of law.

The British author HH Munro one said of the island of Crete that it had produced more history than could be consumed locally. The same could be said of the regions surrounding Israel, the West Bank and the Gaza Strip. To borrow President Obama’s words from his speech last evening to the American Israel Public Affairs Committee, Israel is a small nation in a tough neighbourhood. On my first visit to Israel I was struck by the geographic proximity of the protagonists in the history of Israeli-Arab relations. Everything is just a stone’s throw away. Unless you have visited Israel and the surrounding region it is difficult to comprehend and appreciate the history and the complexity of relations. In 2009 I met with Israelis and Palestinians in Jerusalem and Bethlehem and I travelled to the Lebanese border and to the border in the south. The people live with an overwhelming anxiety and fear born from decades of conflict.

In recent times Israel has come under renewed criticism and attack by some in the international community who seek new avenues to isolate the nation diplomatically and economically. In Australia this task was taken up by the Greens dominated Marrickville Council, which passed a motion to support a ‘boycott, divestment and sanctions campaign’ against Israel. The motion called on the Marrickville Council to ‘boycott all goods made in Israel and any sporting, academic, government or cultural exchanges’ and was passed with the support of Greens and Labor councillors. Despite reports that 63 per cent of Marrickville residents opposed the boycott, Marrickville Mayor Fiona Byrne campaigned at the March 2011 state election, in which she was a candidate, for a statewide version of the boycott were she elected to the New South Wales parliament.

The House should note that the Labor Party did a preference swap with the Greens and Ms Byrne in her campaign to win the state seat of Marrickville ahead of candidates who did not support the odious BDS campaign. Ms Byrne did not win the seat and the Greens senator-elect Lee Rhiannon expressed disappointment that the Greens did not campaign hard enough on the platform of the BDS campaign against Israel. The BDS campaign is an outrageous and prejudiced attack against the people of Israel, and the actions of the Marrickville Council supporting it must be condemned. Israel is not perfect—no country is perfect—but it does not deserve the virulent abuse levelled at it by the Greens and their fellow travellers.

The coalition is deeply disappointed that the traditionally bipartisan support for the state of Israel amongst Australia’s major political parties has frayed in recent years. Rather than condemn the Greens or their motion of support for a boycott, divestment and sanctions campaign, Labor Party councillors voted alongside them. As Senator Brown rightly pointed out, Kevin Rudd’s Labor party is as every bit responsible for the outcome.

It is evident that the formal alliance struck by the Prime Minister between the Labor Party and the Greens in order to cling to power extends to all the way to the inner suburban councils of Sydney. Many of Australia’s trade unions are also heavily involved in the push for a wide-ranging boycott, divestment and sanctions regime against Israel. In an instruction manual for supporters of the boycott, divestment and sanctions campaign, 21 Australian trade unions are committed to a full or partial BDS. These are the same trade unions which play such a leading role in the Australian Labor Party, including in the selection of its political representatives, both in this place and in state parliaments around in the country, and in the decision on who leads the federal Labor Party, as we witnessed with the removal of the first-term Prime Minister Kevin Rudd last year.

The Marrickville Council resolution came shortly after another public outcry when Labor and Green councillors on the Moreland City Council allowed the anti-Western, anti-Semitic group Hizb ut Tahrir to use council premises to hold a public meeting. According to its spokesperson, Israel ‘is an illegitimate state and occupation; it has to be removed.’ Australia must take a robust stand against those who deny the right of Israel to exist. The Prime Minister must reassure Australians that as a result of her government’s alliance—a formal alliance we witnessed with the signing of a document by the Greens senators and the Prime Minister—that our country’s foreign policy will not be held hostage to Greens extremism. The coalition believes that a boycott, divestment and sanctions regime against Israel will only serve to inflame tensions on all sides, harming the chances of a peaceful resolution to the long-running conflict in the Middle East.

Under the Howard government the coalition strongly supported the road map to Middle East peace and urged both sides to stay committed to negotiating a lasting peace. The coalition is firmly committed to a sustainable solution of two independent and economically viable states, where the Israeli people and the Palestinian people can live their lives in peace and security within internationally recognised borders.

Israel embodies our faith in the fundamental human desire of people the world over to live their lives in freedom. That is why this evening I seek the support of this House for this motion that not only restates our support for the state of Israel but notes, with great concern, the resolution by the Greens councillors on Marrickville council for a boycott of Israel that was supported by Labor councillors. They should stand condemned. I commend this motion to the House.

Mr Pyne: I second the motion and reserve my right to speak.