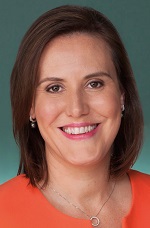 The propaganda being distributed is part of a wider, insidious campaign to delegitimise the state of Israel and, in my view, spread anti-Semitism. Campaigns like these are orchestrated by the Boycott, Divestment and Sanctions Movement.

Ms O’DWYER (Higgins) (11:16): I rise today to speak on an issue important to my electorate of Higgins. Over the past year an individual, or perhaps individuals, has been distributing a pamphlet throughout my electorate that I believe is deeply offensive and factually wrong. This pamphlet is part of a worrying trend of increasing racism around the world directed towards one particular group of people—that is, the Jewish people. It needs to be called out for what it is and repudiated unequivocally. This pamphlet refers to the so-called ethnic cleansing of Palestine and ‘Israel’s strategic goal to erase Palestine as a geographical, political and cultural identity’.

I am fortunate to have visited Israel twice. I spent time in all parts of the country, including in Bethlehem and Ramallah. For those vile people distributing this material, I say, ‘Go to Israel’. You will see no evidence of systematic extermination like we are currently seeing in Iraq. Instead, you will see Arab members of the Israeli Knesset, you will see Palestinians attending Israeli universities and you will see the wounded from Syria being treated in Israeli hospitals. In fact, for the uneducated people distributing this propaganda, they should be aware that the only authorities in the region that have an official position of extermination are the terrorist organisations who call for the destruction of Israel. In its charter, Hamas states that ‘the last hour would not come until the Muslims fight against the Jews and the Muslims would kill them’. It goes on to say that ‘there is no solution to the Palestinian problem except by Jihad’.

The propaganda being distributed is part of a wider, insidious campaign to delegitimise the state of Israel and, in my view, spread anti-Semitism. Campaigns like these are orchestrated by the Boycott, Divestment and Sanctions Movement. The proponents of the BDS movement claim to be standing up for human rights, yet they protest against the only country in the region that has freedom of religion, freedom of sexuality and equal rights for women. By criticising Israel they are, in fact, criticising all that they claim to believe in. Supporters of the BDS are deliberately delegitimising the only safe haven for homosexuals in the region.

It may surprise some people to discover the groups that support the BDS in Australia. They include the CFMEU and the AMWU, unions that financially support the Labor Party and preselect Labor candidates for parliament. Members of the Australian Greens also support the BDS. I call on all the political leaders of this country to reject this hypocritical and hateful campaign and instead look for positive and productive ways to create peace in the Middle East.

Finally, I would like to comment on the cowardly nature of the creators and distributors of this pamphlet. Despite being political in nature, there is no authorisation and no name attributed to it. While I am happy to state my views on the record, the people responsible for this pamphlet hide behind their anonymity. I challenge them to have the decency to put their name to the material they have produced. In conclusion, allow me to state for the record: neither I nor my office has anything to do with the production or distribution of this offensive pamphlet.