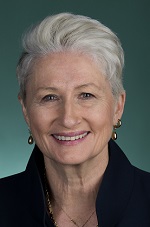 Dr PHELPS (Wentworth) (11:27): This week marks the 70th anniversary of Australia’s formal diplomatic relationship with the State of Israel, and I would like to acknowledge our profound friendship with the people of Israel. Israel was born out of necessity, with the background of 3,000 years of Jewish connection to the land and as a result of a vote of the United Nations General Assembly to provide shelter to a persecuted people who needed a homeland not only to protect themselves but to preserve their culture and traditions.

In its short life span, Israel has evolved from a vulnerable, weak and resource-deficient country to a thriving democratic and innovative state. Israel, also known as the ‘start-up nation’, is advancing the world with technological inventions, ranging from drip irrigation and water creation technology to autonomous driving and breakthrough medical advancements. The ideas and inventions that stemmed from the existential need of the state in its early years to defend and sustain itself by its own forces have influenced the world and made Israel a technological incubator for the entire world. Israel has the highest amount of start-ups per capita in the world and is the leader in autonomous driving, cybersecurity, enterprise software, clean energy technology and digital health. With thousands of start-ups, hundreds of investors, dozens of accelerators and many other resources, the Israeli technology ecosystem continues to grow and produce extraordinary success.

In Israel you say, ‘I can deliver this,’ and then you work out how to do it. The Israeli emphasis is on ideas, speed and rollout. This is a winning formula for Israel. Despite having a population of just 8.5 million people in the space of 70 years, the nation has developed more high-tech start-ups than all of Europe in recent years and trails only the US on that score. Silicon Wadi is an area around Tel Aviv on the country’s coastal plain that has a cluster of high-tech industries built around military start-up and venture capital communities. Israeli Prime Minister Benjamin Netanyahu has commented that there are not a lot of benefits to being a small country, but the ability to create a successful ecosystem is definitely one of them.

Trade between Israel and Australia was officially valued at $1.2 billion in 2016. Many of the Israeli companies operating in Australia provide IT services, including cybersecurity, and many companies assist Australia in this area. The real value of this trade relationship has been estimated at $2 billion, as service exports are not included in the data.

Despite geographical distance, Australia and Israel maintain a close economic relationship. We share concerns and interests with regard to cybersecurity, water security and agricultural technologies, to name a few. These are reflected in the economic agreements between Australia and Israel. These include agreements for cooperation with Victoria and New South Wales, as well as a federal R&D agreement. An air services agreement and a technological innovation cooperation agreement were signed during Prime Minister Netanyahu’s state visit to Australia in February 2017. A working holiday agreement was finalised in June 2016 and will deepen ties between our nations for the business leaders of tomorrow.

Like Australia, Israel has considerable areas of arid land, making reliable and adequate water supplies a significant concern. Israel has consistently been at the forefront of water management and conservation over the last 70 years. Israel is one-third the size of Tasmania and has many issues in common with Australia, including a large proportion of the land being desert, yet Israel recycles 86 per cent of its water while Australia recycles only seven per cent.

Driven by necessity, Israel has learnt to squeeze more out of a drop of water than any country on earth, as it pioneers new techniques in desalination and water treatment, supported by a radical national water policy. Just a few years ago, in the depths of its worst drought in at least 900 years, Israel was running out of water. Now it has more water than it needs. This remarkable turnaround started in 2007 and was accomplished largely by a new wave of desalination plants, supported by national campaigns to conserve and reuse Israel’s limited water resources. Israel’s desalination technology and water strategies have systematically turned one of the world’s driest countries into the unlikeliest of water giants in only 11 years. Israel now sources 55 per cent of its domestic water from desalination at one-third of the cost of 20 years ago.

The quest for water is a very real one. It is a contentious issue for Australia, just as it is in Israel. We have much to learn from Israel in managing and overcoming our own domestic water challenges. During a recent visit to Australia, Professor Noam Weisbrod, Director of the Jacob Blaustein Institutes for Desert Research in Israel, shared vital advice: ‘Water planning must be bold, it must be long term and decisions must be made on the basis that drought will become more frequent as the world gets hotter and drier. Climate change must be central to water policy.’ He also noted that the Israeli system has a central authority that regulates and supports the water industry at a national level. Politics is largely removed, as this is the only way in which necessary long-term policy can be effectively and efficiently implemented. The drinkable water from desalination plants is also economically viable because the government has committed to buy it for 25 years. With that kind of guarantee, companies invest and the cost of water reduces.

Israel is also an innovator in the field of medical technology, with benefits to health systems around the world. Israel runs a life-saving cardiac unit for children. That is just one example. It’s called Save a Child’s Heart. It has treated almost 5,000 children suffering heart disease, with 50 per cent of those children coming from the Arab world. Dire circumstances and the marriage of human capital and resolute determination in the face of adversity have allowed Israel to achieve what many advanced economies could only dream of achieving. As the Israeli Ambassador to Australia, Mark Sofer, points out, the fact that modern-day Israel is at the forefront of the world in innovation, technology and economic development is nothing short of a minor miracle.