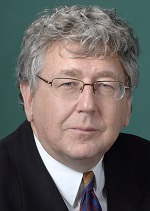 I put on the record continuing concern at the treatment of the Palestinian people. It is of course internationally leading to a wider criticism of the methods being utilised on an international scale, and I commend these issues to the House.

Mr LAURIE FERGUSON (Werriwa) (20:59): A recent UN report indicated a very dire future for Gaza. It noted the area could be uninhabitable in less than five years on current economic and population trends in the de-development of the strip, which has rendered their economic wellbeing worse than the level of two decades previously. The Gaza Strip, currently home to 1.8 million Palestinians, is expected to grow in population to 2.1 million by 2020. The report notes that Gaza’s inhabitants rely on coastal aquifers as their main source of freshwater, but it has found that 95 per cent of this water is not safe to drink. Food insecurity has affected a massive 72 per cent of households, with half the population of Gaza receiving some form of food aid. The direct losses of the three Israeli military operations that took place between 2008 and 2014, excluding the people killed, was equal to three times the size of Gaza’s local gross domestic product. This meant that the 2014 war displaced half a million people and left parts of Gaza destroyed.

The report says that these wars have ‘effectively eliminated what was left of the middle class, sending almost all of the population into destitution and dependence on international humanitarian aid’. It notes that high unemployment on a long-term basis leads to the loss of skills. With slow reconstruction after wars and little access to outside markets, the capacity to produce things or even purify water in Gaza erodes. Vance Culbert of the Norwegian Refugee Council pointed out that the blockade of building materials is crippling even where capital is available to rebuild, with 22 years required to repair the outstanding damage from previous conflicts and 76 years to rebuild the overall housing shortage in Gaza.

Of course, that is only part of the picture of the situation of the Palestinian people. The seizure of lands—originally, up to 1979, under a sometimes credible claim of military needs of the Israeli authorities—has afterwards led to seizures for supposedly state land. Plia Albeck, previously head of the Civil Affairs Department of Israel’s State Attorney’s Office, an organisation involved in this field, has estimated that 90 per cent of the settlements are on such designated state land.

Of course, that is interconnected with the treatment of children. The organisation Military Court Watch, led by an Australian lawyer, has shown a causative link between Israel’s detention and mistreatment of Palestinian children and its policy of building settlements in the occupied Palestinian territories, including occupied East Jerusalem. A submission that Military Court Watch lodged with the UN special rapporteur on torture found:

[T]he ill-treatment of children who come in contact with the military detention system appears to be widespread, systematic and institutionalized …

… since martial law was imposed in the West Bank 48 years ago, some 95,000 children have been detained of which 59,000 are likely to have been subjected to some form of physical violence.

Military Court Watch points out that the Israeli military secures the immediate territory around the settlements as well as the extended network of roads used to link them to each other and to Israel. This ‘strategy of mass intimidation and collective punishment’ has an all too predictable effect. In all 200 cases of minors detained by the Israeli military, the one thing each child had in common is that he or she lives within a few kilometres of Israeli settlement or a road used by settlers.

We are talking about rocks being thrown, and this is an instance of what goes on:

On May 17, 750 olive saplings were uprooted and savagely destroyed, undoubtedly by settlers, on Palestinian land east of the Etzion settlements in the south Hebron hills. The land is privately owned by the Abu Shanab family. Destruction of Palestinian olive trees is a routine event in the south Hebron hills; I have seen the results myself, near the village of Twaneh and elsewhere. One needs to bear in mind that many Palestinian herders and small-scale farmers subsist largely, even primarily, on olives, and the ancient trees themselves are often treated as beloved members of the family.

These are comments by David Shulman in The New York Review of Books of 1 June 2015. So I put on the record continuing concern at the treatment of the Palestinian people. It is of course internationally leading to a wider criticism of the methods being utilised on an international scale, and I commend these issues to the House.