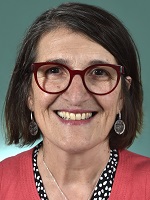 It is therefore necessary for the Australian government to respond accordingly, by including PRS in any future intakes of refugees from Syria to Australia, and by waiving the condition of a UNHCR certificate or referral for PRS as a prerequisite for application to Australia as candidates for humanitarian protection. It is the fair and right thing to do for a people who could be rendered stateless.

(a) 29 November is International Day of Solidarity with the Palestinian People as observed by the United Nations (resolution 23/40 B);

(b) following the 1948 Arab-Israeli conflict, the United Nations Relief and Works Agency (UNRWA) was established to carry out direct relief and works programs for Palestinian refugees who had fled to West Bank, Gaza, Jordan, Lebanon and Syria;

(c) UNRWA services are available to all those living in its areas of operations—West Bank, Gaza, Jordan, Lebanon and Syria—who are registered and who need assistance;

(d) Palestinians registered with the UNRWA are unable to register with the United Nations High Commissioner for Refugees (UNHCR) and additionally cannot be referred for resettlement by the UNHCR;

(e) Palestinian refugees from Syria are a vulnerable minority, who are currently fleeing for the same reasons as other genuine refugees and persecuted minorities; and

(f) whilst not a legislative requirement, the UNHCR registration is a determining factor in the Australian Department of Immigration and Border Protection’s consideration of refugee and humanitarian visa applications; and

(2) calls on the Government to:

(a) recognise that the Palestinian refugees from Syria who are registered with the UNRWA are unable to register with the UNHCR irrespective of meeting the criteria for refugee status in the United Nations 1951 Refugee Convention; and

(b) work with the UNHCR to consider Palestinians fleeing Syria and registered with the UNRWA as eligible to apply for the Government’s recently announced intake of 12,000 refugees from the Syrian conflict.

In moving this motion, I want to first acknowledge that 29 November is UN International Day of Solidarity with the Palestinian People. This day is important for Palestinian history in two additional ways: it also marks the anniversary of the 1947 UN vote to divide Palestine into Arab and Jewish states; and, in 2012, it was the date when the UN recognised Palestine as a non-member observer state.

Following the 1948 Arab-Israeli conflict, the UN established the United Nations Relief and Works Agency for Palestine Refugees in the Near East, known as UNRWA. There are 570,000 Palestinian refugees registered with UNRWA in Syria. These refugees are decedents of about 80,000 Palestinians who fled to Syria during the creation of the state of Israel in 1948. It has been more than four years since civilian popular protest against President Assad drew a brutal and barbaric response from the Syrian authorities, the culmination and continuation of which we witness today. Those who have suffered the most are, as always, minorities: Christians, Yazidis, Kurds and, indeed, Palestinians who have become refugees for a second time.

There are a multitude of Syrian cities and towns that are war-torn and under siege, but, according to Amnesty International, the siege of Yarmouk Camp for the Palestinian refugees in Damascus has ‘had the harshest impact, and has caused the largest number of deaths from starvation’. This intolerable humanitarian situation has precipitated at mass exodus of Palestinians from Yarmouk. However, their access to neighbouring countries is very difficult. Early in the conflict, Jordan and Turkey effectively closed their borders to Palestinian refugees from Syria, or PRS. Lebanon followed suit in May 2014. Thankfully, some 90,000 Palestinians did manage to leave Syria, and mostly ended up in Lebanon and Egypt. Unlike Syrian refugees, the PRS, who constitute less than three per cent of the ex-Syria refugee population, have been denied registration by the UNHCR. The reason offered is that the PRS are already registered to another UN agency, namely UNRWA.

ASPIRE, the Australian Society for Palestinian Iraqi Refugees Emergency, is an Australian non-profit organisation that was established in 2008 by Mr Yousef Alreemawi to provide language, legal and post-arrival support to stateless Palestinians fleeing conflicted countries like Iraq and Syria. It is made up of Australians from various interest and ethnic groups, including Israeli-Australians. In collaboration with Amnesty International and the UNHCR, ASPIRE’s efforts led to the successful resettlement of more than 250 Palestinians in Australia to date. This year, and upon the request of Amnesty International, ASPIRE issued a comprehensive report on the consequences of UN policies on the PRS. The findings of this report where presented by Dr Graham Thom, Refugee Coordinator of Amnesty Australia, at the UNHCR’s annual meeting in Geneva last July. ASPIRE is currently preparing the applications of about 20 ex-Yarmouk refugee families currently residing in Lebanon and Egypt without any option for permanent residency or protection. Some of these families have direct family connections to Australia. I would like to mention one in particular who I have met, Ms Anan Mowed, who is a single mother who arrived in Australia from Syria six years ago and is about to finish her degree in business administration, which is to complement her overseas qualification in fine arts. Anan’s parents and siblings are among the applicants that are interested in coming to Australia at this moment. They fled in 2012 from the Yarmouk Camp to Lebanon, where they currently live, with no work permit and with extremely limited aid. Anan’s father is a highly qualified teacher who served in Syria and the UAE. Her brother, Mohammad, has more than 10 years of volunteering experience with UNRWA offices. ASPIRE has in the past assisted more than 40 families in similar situations to successfully integrate into Australia. Therefore, not only will those applicants enjoy the support of their families, they will also be supported and embraced upon their arrival by ASPIRE volunteers and their networks.

International best practice for the resolution of refugee situations has been to resolve them in three principal ways: local integration, resettlement in third countries and voluntary repatriation. It is therefore necessary for the Australian government to respond accordingly, by including PRS in any future intakes of refugees from Syria to Australia, and by waiving the condition of a UNHCR certificate or referral for PRS as a prerequisite for application to Australia as candidates for humanitarian protection. It is the fair and right thing to do for a people who could be rendered stateless.

The DEPUTY SPEAKER ( Mr Broadbent ): Is there a seconder for the motion?