Mark Dreyfus MP – whilst acknowledging the diplomatic relationship between Australia and Israel, goes onto discuss the Liberal government’s toleration of xenophobia 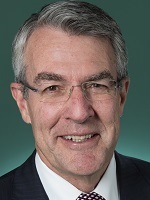 The Prime Minister referred to the 20th century horrors in Europe as part of the history of the establishment of modern Israel. I would hope that all Australian politicians have truly learned the lessons of those chapters of human history. But, unfortunately, I have to record that xenophobia and its ugly manifestation in the form of racism is something the Abbott-Turnbull-Morrison government has been far too willing to tolerate and, at times, to indulge.

Mr DREYFUS (Isaacs—Deputy Manager of Opposition Business) (19:49): Today, in this parliament, the government and the opposition both spoke glowingly about our relationship with Israel on this, the 70th anniversary of Australia’s formal diplomatic relationship with her. The Prime Minister referred to the 20th century horrors in Europe as part of the history of the establishment of modern Israel. I would hope that all Australian politicians have truly learned the lessons of those chapters of human history. But, unfortunately, I have to record that xenophobia and its ugly manifestation in the form of racism is something the Abbott-Turnbull-Morrison government has been far too willing to tolerate and, at times, to indulge.

Perhaps the Prime Minister and the members of this chaotic and increasingly desperate government have forgotten that many Jews only avoided death at the hands of the Nazis because they fled to this country and were granted asylum here. Those Jews, including my father, arrived on boats, seeking asylum. We’ve learnt, through immeasurable tragedy, that the base elements of human nature—fear and hatred—are not political playthings to be used for political ends. Racism is always a destructive force, and an unpredictable one. Those who think that racism can be let loose for a time, as if it were some obedient servant, and then safely put back in its bottle when it has served its political purpose are fools or worse.

For over 20 years, since the Racial Discrimination Act was enacted by the Keating government, section 18C has drawn the line against racial vilification and has protected citizens and our society from the poisonous effects of racist hate speech. At the same time, its companion provision, section 18D, has operated to provide extensive protections for freedom of speech. We on this side remember well when the then Prime Minister, the member for Warringah, launched an attack on 18C, claiming that these protections were somehow a threat to intellectual freedom in Australia. Seeking to justify giving a green light to racist hate speech, Attorney-General George Brandis infamously declared: ‘People do have a right to be bigots, you know.’ Labor stood with thousands of individuals, legal experts and community groups from across our nation to rally against this reckless ideological attack on section 18C, and we won. A second attempt by the Liberal government to gut these provisions also failed.

But tolerance of racism—and, worse, the nurturing of racist sentiment for political ends—under this government has continued to occur in many other ways. In January this year, a rally organised by neo-Nazis occurred in St Kilda. It was organised to coincide with the 100-year anniversary of the formation of the German Workers’ Party, the predecessor to the Nazi Party, and it was attended, at taxpayers’ expense, by Senator Anning. None of us have forgotten Senator Anning’s willingness to invoke the Holocaust in his maiden speech, in which he expressed his desire for a ‘final solution’ to Muslim immigration. While I do not suggest Senator Anning is a member of the government, I will never forget that, after that disgraceful speech, Liberal and National senators lined up to shake Senator Anning’s hand.

Joshua Burns, Labor’s candidate for the newly named seat of Macnamara in Melbourne, has pointed out that, in contrast to this, Liberal and National MPs in this place walked out of the maiden speech of the newly elected member for Wentworth. Apparently, Anning’s final-solution reference was more palatable to Liberal and National MPs than the member for Wentworth’s call for action on climate change. I very much hope that Mr Burns is able to join us in this place after the next election.

There are, unhappily, many other examples of the use of racism by this government. The member for Dickson, in particular, likes to stir up fear about gangs from a particular ethnic background—claims that reached their most hysterical level when he proclaimed in the lead-up to the Victorian state election that the people of Melbourne were frightened to go out to restaurants because of the threat of these gangs. And to its permanent shame, in October last year, this government supported One Nation’s ‘it is okay to be white’ motion in the other place. There are very few who now believe claims by the Attorney-General that this appalling decision was due to an unspecified administrative error in his office.

I would call on all members of this place to remember the lessons and the warnings of history, and to campaign by appealing to the best, rather than to the worst, in human nature.