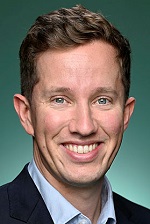 In her report, the special rapporteur says that we cannot ignore the fact that the Israeli state has been an intentionally acquisitive, segregationist and repressive regime which has for 55 years enabled the disenfranchisement of the Palestinians. She notes these policies pursue the ultimate goal of consolidating minority rule over a native majority on lands usurped through force.

Mr CHANDLER-MATHER (Griffith) (18:30): I rise now to deliver a speech written for me by Araminta Crocombe, a 15-year-old constituent from Griffith for the Raise Our Voice in Parliament campaign, which asks young people around Australia what they think our new parliament should accomplish. Araminta writes:

I would like the new government of Australia to focus on ending offshore processing.

I would like the new Australian government to follow international protocols around asylum seekers and refugees by recognising that under article 14 of the Universal Declaration of Human Rights, everyone “has the right to seek and to enjoy in other countries asylum from persecution”. All asylum seekers should be processed quickly in Australia regardless of how or where they arrive.

Offshore processing should be brought to a formal end by providing everyone who has been subject to the policy since 2012 with settlement in Australia or countries like New Zealand who have offered to take Asylum Seekers.

Shut down offshore processing and Detentions Centres because everyone should be given fair chances and opportunities.

On 29 November it will be the International Day of Solidarity with the Palestinian people. The United Nations has just appointed independent human rights experts to oversee specific issues around the world. There are currently over 50 special rapporteurs serving in this capacity. The special rapporteur on the situation on human rights in the Palestinian territories is Italian lawyer and academic Francesca Albanese—I assume no relation.

She has just presented a report to the General Assembly of the United Nations. In her 23-page report she systematically records the current reality in the occupied Palestinian territories and says the only conclusion is that the Israeli state is undertaking a settler-colonial regime, including implementing apartheid policies.

The term ‘apartheid’ applies, according to international law, when serious human rights violations are committed in the context of an institutionalised regime of systematic oppression and domination by one racial group over another, with the intention of maintaining that regime. It is clear apartheid applies here when violations include discriminatory laws and policies, denial of equal nationality and status, harsh movement restrictions, massive seizures of Palestinian land and property, restrictions on the right to political participation and popular resistance, discriminatory underinvestment in Palestinian communities in Israel and restrictions on the rights of Palestinian refugees to return to their homes in Israel and the occupied territories.

In her report, the special rapporteur says that we cannot ignore the fact that the Israeli state has been an intentionally acquisitive, segregationist and repressive regime which has for 55 years enabled the disenfranchisement of the Palestinians. She notes these policies pursue the ultimate goal of consolidating minority rule over a native majority on lands usurped through force.

She suggests a fundamental readjustment of the international community’s approach to this situation, which is that we must, as we have with other processes of decolonisation around the world, focus on the self-determination of the colonised. She says that, instead, the international community has looked to peace processes based on negotiations. However, she says, this whole framework is problematic. Israel’s project over Palestinians has been a series of gross human rights violations. She goes on to say:

… a breach of international law should not be subjected to negotiations, as this would legitimize what is illegal. Therefore, because of the illegality of the Israeli occupation, owing to its prolonged, acquisitive and bad-faith nature, the obligation of cessation of the occupation cannot in any way be conditioned on negotiations.

There is also a practical reason, as well as an ideological one, why the Middle East peace process and subsequent bilateral peacemaking attempts have proven ineffective. Politically mandated peace negotiations cannot succeed without resolving the Palestinians’ enduring subordinate status. If we do not challenge Israeli settler colonial endeavours, we cannot provide a basis for which Palestinian self-determination can be realised.

I commend to the Australian government steps recommended by the special rapporteur: (1) for Australia to condemn all intentional violations by Israel of the Palestinians’ right to self-determination, including a call for an immediate end to the Israeli occupation of Palestine and a return of Palestinian resources that have been appropriated by Israel; (2) acting to ensure Israel has international accountability, including an International Criminal Court—that we review any business operating in Australia to ensure they are not complicit in the human rights abuses of Palestinians. To support this end, she recommends that the High Commissioner for Human Rights release, without delay, the updated database of businesses involved in illegal settlements.