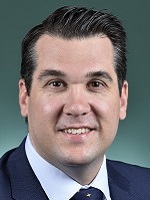 In times of trauma and crisis such as this, it is imperative that opinion makers, be they journalists or politicians, speak the truth and demonstrate moral clarity. Those who seek to justify the deaths of innocent Israelis by blaming them on settlements or events in Gaza should be utterly ashamed of themselves.

Mr SUKKAR (Deakin) (21:04): I rise this evening with the grim duty of drawing the attention of this House to a disturbing speech recently delivered in the Gaza Strip at the Al-Abrar Mosque. On 9 October, a Palestinian cleric stood at the pulpit and delivered his sermon following the usual Friday prayers. But this was no ordinary sermon. The cleric, Muhammad Salah, was brandishing a large knife throughout his speech. He was urging his followers to go out and kill Jews at random—men, women and children—not only in the West Bank but also in Israel itself, including Jerusalem.

‘Form stabbing squads,’ he cried out. ‘We don’t want just a single stabber. … Attack in threes and fours. Some should restrain the victim, while others attack him with axes and butcher knives. … Cut them into body parts.’ He listed Israeli cities where they are to strike: Afula, Tel Aviv and Jerusalem.

Almost immediately, the people of Israel felt the full impact of these chilling words. In Afula, a city in the Galilee region, a young woman stabbed a security guard at a bus station. In Jerusalem, ghastly footage has emerged of a Palestinian man driving at full speed, mounting the curb and ramming his car into two traditionally dressed religious Jews standing at a bus stop. The impact is quite horrific. The driver then exits the vehicle armed with a cleaver and proceeds to hack one of the men to death.

Also in Jerusalem, a 13-year-old Jewish boy was filmed by security cameras leaving a convenience store and getting on his bike to return home—a scene that could be depicted in any Australian city or town. Then we see two Palestinian boys, just teenagers themselves, attack the boy and stab him repeatedly until he collapses. The boy remains in hospital in a critical condition.

It would be foolish to pretend that the words of Muhammad Salah can be dismissed as empty rhetoric. For his followers they were commands to be obeyed with merciless and fanatical brutality. His words are not the only words of incitement that have poisoned the minds of the Palestinian people. Palestinian President Abbas, who supposedly represents the more moderate Palestinian factions, told his people:

Every drop of blood spilled in Jerusalem is pure, every shahid [martyr] will reach paradise, and every injured person will be rewarded by God.

After Abbas uttered these vile statements, a young Jewish couple travelling in a car were ambushed on the road by Palestinian terrorists and shot dead in front of their four terrified children, who were in the back seat. We have seen in our own country the terrible impact of radicalisation and incitement. It poisons the minds of our youth and fills their heads with lurid fantasies and conspiracy theories, which are then backed by calls to commit ghastly crimes. In times of trauma and crisis such as this, it is imperative that opinion makers, be they journalists or politicians, speak the truth and demonstrate moral clarity. Those who seek to justify the deaths of innocent Israelis by blaming them on settlements or events in Gaza should be utterly ashamed of themselves.

Muhammad Salah, standing at the pulpit with his knife in Gaza, is a disgrace to men and women of the cloth everywhere, a disgrace to religion and a disgrace to humanity. His motivations are clear. He does not speak of settlements or blockades. No political outcome or policy change or concession by the Israelis will satisfy him. The issue is religious supremacism—the perverse, violent and lethal ideology which men like Salah espouse and boys like Farhad Jabar in Parramatta and the young men in Jerusalem take as their creed.

Given these terrible atrocities, I want to take this opportunity to convey my sincerest condolences to the people of Israel and their grieving families in the Australian Jewish community. They can certainly count on the compassion and understanding of this government at such a difficult time.