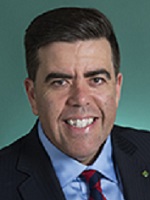 Mr DICK (Oxley) (11:31): I thank the member for Fadden for raising this important issue in the parliament today. Israel and Australia as we know, have had warm relations and strong economic ties due to our strong people-to-people links and our commercial relationship. The trade between our two nations is worth around $1.2 billion. We cooperate internationally with Israel in many fields, including international development assistance. Importantly, this includes Australian international development assistance in Gaza and the West Bank, which supports human development, institution building and economic growth, which is so critical for peace in that region.

As a new member of this place, I rise today to add my support as a strong supporter of Israel and, of course, as a strong supporter of the two-state solution to the Israeli-Palestinian conflict. As we know, former Labor leader HV ‘Doc’ Evatt, as President of the United Nations General Assembly from 1948 to 1949, was prominent in the negotiations that led to the creation of Israel. Evatt wrote in his memoirs:

I regard the establishment of Israel as a great victory of the United Nations.

Earlier this year I had the pleasure of visiting Israel as part of a delegation alongside other new members of this place. It was an honour to visit and be guided by experts through a series of in-depth meetings alongside parliamentary colleagues, officials, academics, union and community leaders, and other Israeli and Palestinian representatives.

This year represents the 100th anniversary since British politician Arthur Balfour, later Lord Balfour, presented a declaration of the British government stating the case for the Jewish homeland. 2017 is also the 90th anniversary of the Zionist Federation of Australia, and I’d like to welcome and acknowledge those with us today in the gallery, including ZFA President Dr Danny Lamm, Secretary Mr Sam Tatarka, former President Dr Ron Weiser, and my good friend the President of the State Zionist Council of Queensland chair, Mr Tony Leverton, who are with us today.

Many people in our party and indeed across this chamber, like many people across the world, care deeply about the Israeli-Palestinian conflict and are concerned about the ongoing conflict. The starting point of the conflict between Israel and Palestine is self-determination for Jews in Israel and for Palestinians in Palestine. Acceptance of the rights of both peoples, indigenous to the same land, means the only way forward must be for the two parties to negotiate an agreed outcome, recognising both peoples’ links to the land and especially the Jewish people’s 3,000-year ties to Jerusalem. In my opinion, unilateral recognition does nothing to aid negotiation. Indeed, it only hardens the positions of those in conflict. For all those of us who hold true to the values of the rule of law and negotiated resolution of disputes, there can no place for terrorism in achieving statehood for the Palestinians. The march to statehood for Palestinians, as it does for Israeli Jews, includes preparing their population for peace, acceptance of the two states living side by side in peace and recognition of the holy places of Jewish, Christian and Islamic history in the area. It means free trade unions in the region, a free media and free speech, and the rights of people of all genders and religious persuasions to live freely and without fear.

I recognise that both Israelis and Palestinians will need to make hard concessions, but conflict is not winner take all. Those who seek Israel’s destruction give terrible, false hope to Palestinians. That is the lesson of so many years of wars fought between Israel and its neighbours. We seek the day when the legitimate rights and aspirations of both Jews and Palestinians to live side by side in peace will come. That can and must come from both sides negotiating directly. Two peoples in one land takes discussion and dialogue.

Labor, whether in government or in opposition, will continue to work with the parties within the conflicts, our allies and the wider international community to achieve a peaceful resolution of the Israeli-Palestinian conflict. Alongside my Labor colleagues, we remain committed to peace in that region. I particularly acknowledge the good work and advocacy, over many years, of my good friend the member for Melbourne Ports, Michael Danby. I salute all of the work he has done for many years, and I welcome the opportunity to enter the debate today.