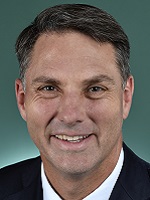 Australia was there at the very beginning of the creation of Israel. We are very much a close friend of Israel, and it is an enormous honour today to be able to celebrate the 70th anniversary of those diplomatic relations.

Mr MARLES (Corio) (12:22): It is an honour for me to be able to stand up here and make my contribution in this formal recognition of the 70th anniversary of the diplomatic relationship established between Australia and the State of Israel. In 1853, Louis Monash and his wife, Bertha Manasse, made the very momentous decision to emigrate from Prussia to Melbourne. It was, like every decision to emigrate, one which was momentous and difficult and which profoundly changed their lives. For this young Jewish couple, it was a decision that not only had an impact on them but would ultimately have a great impact upon our nation. In 1865, Bertha gave birth to their son, John, who would grow up to become Australia’s greatest military figure and one of the giants of the allied cause in the Great War.

Simcha Baevski arrived in Melbourne as a Russian refugee in 1899, at the age of 21. Along with his brother Elcon, he set up a drapery store in Bendigo. With a dedicated commitment to the adage ‘the customer is always right’, combined with a complete sense of honesty, they built a department store empire. Simcha later changed his name to Sidney Myer, and his efforts during the Depression to keep people working in Melbourne is now a matter of legend. In 1934, after his sudden death, there were 100,000 mourners lining the streets to pay their regards to this great Australian.

From John Monash to Sidney Myer, from Frank Lowy to David Gonski, from Solomon Lew to the Pratts and the Lieblers, the Australian Jewish community have played a huge role in Australia’s development, and we are very much the beneficiaries. Indeed, among their number are an estimated 25,000 Jews who emigrated to Australia within the period of 1945 to 1961, in that process doubling the Jewish community in this country. As a result, we have in Australia the greatest proportion of Holocaust survivors, per head of population, of any country other than Israel itself. This story of emigration binds our two nations together.

Madam Deputy Speaker Vamvakinou, you will know that the Australian Labor Party has been a beneficiary of this contribution as well—from earlier figures, like Senator Sam Cohen, who was the first Jewish Australian to be elected to the Senate, to Barry Cohen, who served as a minister in the Hawke government; the current shadow Attorney-General, who was the Attorney-General during the Gillard government; the member for Macarthur, who just made a contribution; the indomitable member for Melbourne Ports; Phil Dalidakis and Marsha Thomson, who served as ministers in the Victorian government; Jennifer Huppert; and Syd Einfeld. They have made a great contribution to our party. It again serves as an example of how close Australia and Israel are by virtue of this community.

The birth of Israel occurred over a period of significant duration. It perhaps dates from the birth of modern Zionism in 1897, as founded by Theodor Herzl. Emigration to Palestine saw 400,000 Jews living in Palestine prior to the Second World War. In 1939 the British government published a white paper about the establishment of a single Palestinian state after a 10-year period. Included in that white paper was a prohibition on immigration to Palestine of more than 75,000 Jews over a five-year period and that emigration was subject to the acquiescence of the existing Arab population, which was unlikely to ever occur.

The British policy of limiting Jewish emigration to Palestine placed what then occurred in the Holocaust in very sharp focus. As the war ended and the true horror of the Holocaust became apparent, the hundreds of thousands of European Jews who sought to emigrate to Palestine but were denied that by virtue of this British policy created a desperate moral question, which was addressed at the 22nd Zionist Congress in Basel in 1946. Really the creation of the modern State of Israel at that point became a cause of global moral justice.

Israel at the outset was founded on principles of collectivism, democracy and social justice. The first Prime Minister of Israel, David Ben-Gurion, had been the Secretary-General of the Histadrut, what is now the Israeli trade union movement and which predates the state itself. After David Ben-Gurion’s retirement he was living in a small bungalow on a kibbutz, at Sde Boker, in the Negev desert. Two pictures adorned his walls: one was of Abraham Lincoln, the great emancipator, and the other was of ‎Mahatma Gandhi, who stood for the moral dignity that could be derived from the passive change that he sought to bring about. These images stood for the ideals that Ben-Gurion was about but also what he hoped Israel itself would be about.

In April 1947 the paths of two countries—Israel and Australia—inadvertently, I suppose, crossed by virtue of the role of Doc Evatt in the United Nations. Doc Evatt was a leading figure in the establishment of the United Nations and would become the President of the General Assembly in 1948. Prior to that he was established as the Chair of the Ad Hoc Committee on the Palestinian Question. There is absolutely no doubt that he was the critical figure within the UN process that ultimately saw the motion to establish the State of Israel pass through the United Nations. He was a tour de force in this and he did it in the face of opposition by some, ambivalence by others and even trepidation by the United States itself. In the aftermath of the UN vote, when the US gave de facto recognition to Israel, it was by Doc Evatt’s hand, as the foreign minister of Australia, that Australia gave full recognition to the new State of Israel. He was later to say in his memoirs, ‘I regard the establishment of Israel as a great victory of the United Nations.’

Since then Israel has grown into being an extraordinary state, but it would be remiss not to mention that in the process there is another question which has arisen, and that is the question around the existence or the creation of a Palestinian state. From the late sixties and early seventies, as we saw independent movements across the world gain momentum, the plight of the Palestinian people—a group who sought self-determination—also came into focus. There were terrorist tactics used in respect of this cause, which gave it some complexity, but at the end of the day the existence of this community who sought a nation was a fact and a cause which could not be denied.

As a supporter of Israel I do understand the desire for Palestinian statehood, and I sympathise with it. If global justice is to be our measure, it will not be fulfilled until the Palestinian people have an opportunity to live within a fully fledged nation of their own. I know that there are many in Israel who share that view. I know that there are many in Israel who are opposed to the movement to establish Jewish settlements in the occupied territories. That said, it is absolutely essential that Israel itself is able to live within its borders in peace and security. The ever-present threat of Islamic-extremist terrorism in Israel is a fact of life, but it shouldn’t have to be. The governmental task of providing national security in Israel is one that is unimaginable to us. It’s in that context that I support what is really the bipartisan policy of Australian foreign policy: a two-state solution for Israel and Palestine.

In the meantime, though, there is a wonderful relationship to be built with both the State of Israel and the Palestinian National Authority. We have a development assistance program in the Palestinian National Authority, which is important in terms of building that community’s resilience. But, in the State of Israel itself, we now have a high-tech, incredible country from whom we have so much to learn and so much to gain by building our bilateral relationship. I have been privileged to visit Israel, as I have the Palestinian National Authority, on a number of occasions, and know the opportunity that it presents. Australia was there at the very beginning of the creation of Israel. We are very much a close friend of Israel, and it is an enormous honour today to be able to celebrate the 70th anniversary of those diplomatic relations.