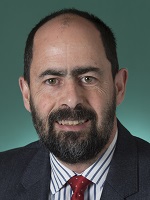 Children are interrogated; position abuse, threats and isolation are all used as tactics to garner a confession. Given that a child in solitary confinement is held on average for 13 days, is it any wonder that the confession rate is over 90 per cent? Military prosecutors rely on these coerced confessions, which are rarely thrown out by judges, to obtain a conviction. Indeed, Israeli military courts have a 99 per cent conviction rate for Palestinian defendants.

Mr HART (Bass) (16:52): If it pleases the House, I rise to support this motion. I thank the member for Calwell for bringing this important matter to the attention of the House.

Palestinian children living in the West Bank are subject to the Israeli military law, which allows for any person as young as 12 years old to be considered criminally responsible and to be imprisoned. This fact, in and of itself, should be enough to cause concern for the international community. Five hundred to 700 Palestinian children are arrested, detained and prosecuted in the Israeli military court system each year.

In my home state of Tasmania there is currently a debate about early education; not whether it is important—that is accepted as fact by both sides—it is the implementation of this vital element of early brain development and how to get the most out of our children’s potential that is at stake. We know that the experiences of childhood leave lasting impressions on adults, well into their lives. Simply by reading to a child every night from birth can increase their academic success in the future. But the fruits of this labour cannot be seen for decades and are, in this case, at the heart of this debate.

What then for a child who lives in an environment of distrust and hate? The mere crossing of a street can find them face down on the bitumen, stood over by two or more grown men with fully automatic rifles as they are searched, seemingly because of no provocation. Most suffer some form of violence during their arrest. Many are arrested from their homes in the middle of the night. Scared and confused, more often than not their parents are not told of the reason for their arrest or the location of their child’s detention.

Children are interrogated; position abuse, threats and isolation are all used as tactics to garner a confession. Given that a child in solitary confinement is held on average for 13 days, is it any wonder that the confession rate is over 90 per cent? Military prosecutors rely on these coerced confessions, which are rarely thrown out by judges, to obtain a conviction. Indeed, Israeli military courts have a 99 per cent conviction rate for Palestinian defendants.

While many children maintain their innocence, pleading guilty is often the fastest way out of the system. For those that do go to trial, bail is rarely granted, and children remain behind bars, waiting for their day in court. On average, of cases that resulted in conviction, 50 per cent received a custodial sentence of between three and 12 months. The majority of Palestinian child detainees are transferred from occupied territory to prisons inside Israel, making family visits virtually impossible, as parents struggle to gain entry permits into Israel.

What can we expect over the next decade as these children grow into adults, who will become the decision makers of the future? Can we expect to see mutual respect—or trust, indeed—grow from these interactions? What are the lessons that these children are learning?

The United Nations Convention on the Rights of the Child compels state parties, of which Israel is one, to ensure that no child ‘be deprived of his or her liberty unlawfully or arbitrarily’ and says that imprisonment of a child should only be used as ‘a measure of last resort’ That is the last resort. Further, as a signatory to the convention, Australia is obligated to take steps to ensure that no child is subject to torture or other degrading treatment or punishment.

I note that the work of the Royal Commission into the Protection and Detention of Children in the Northern Territory is acknowledging the issues within our own system and ensuring that oversight mechanisms and safeguards are in place to ensure that, where a child is detained, they are treated appropriately and with respect.