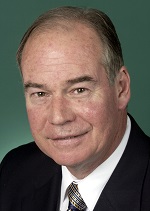 But where Australia can play a role is that we can at least be interested. I hope as a nation we are able to use our good offices on every occasion with a view towards peace and not a view towards conflict. I reiterate that I am closely aligned with the state of Israel and will remain so.

Mr BROADBENT (McMillan) (11:27): It is actually sad to stand here today having heard the previous member’s address, which did not really hold out a lot of hope. Hope is our future. Hope is our present—hope for peace. The member reminded us that there are those of the Jewish faith who are still seeking peace—progressives for peace. But what were the words? They were: ‘Peace—an ever-dwindling prospect.’

The world is in a state of fear that even resonates in this nation. There is not mutual understanding. In fact, there is not understanding that we can even think to grasp here in Australia, where we are free, where we can have an election, like yesterday, without fear or favour or threat of challenge or violence—even though everybody says the world is going to end if this party gets in or that party gets in—and where our children do not go without food, they do not live under threat, they do not go to school under threat, they are able to travel across borders with ease and they are not threatened at border posts.

Through the offices of this parliament, I have had the great, enlightening experience of going to the Middle East on two occasions. The first occasion was to look at the peace process in the Middle East in 1990. Nothing has changed since 1990. In fact, the situation seems to be far more intractable today—the fear, the divisions greater and the conflict greater and more repetitious. What did Ban Ki-moon say? Three major events in a short time. The threat is that there will be another major event shortly unless somebody comes to the table and says, ‘This cannot happen.’

We do not understand the Israelis’ fear of their borders being under attack from every side. We do not understand that. We do not live that life. We did not live under threat. But I should remind the House that, in my experience, on each occasion when this federal parliament has been represented in the Middle East we did not go and speak just with the Israelis or just get the Israelis’ point of view. We always went to the Palestinians at the highest levels and spoke to them about the situation they were in—only to find by the time we arrived back in this country another issue had flared.

It is right that members of parliament in this place take an interest in human rights across the board, and they have. I have heard the responses. I understand the motion. What I do not understand is where we go from here. What is the pathway? What is the opportunity? I, personally, with all my discussions with the Friends of Palestine in this place and with the Israelis, do not have a response to give the parliament. I do not understand why, when a child gets in trouble, their family’s house gets torn down. I have no concept of that.

But where Australia can play a role is that we can at least be interested. I hope as a nation we are able to use our good offices on every occasion with a view towards peace and not a view towards conflict. I reiterate that I am closely aligned with the state of Israel and will remain so. I believe that they have a right to exist and I will protect that right. On the other hand, I understand the pain of my fellow Christians in Palestine and all others in Palestine. I personally look forward to the resolution of the matters at the earliest time.