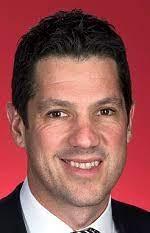 Questioned the ABC’s coverage of Israel and Palestine, alleging institutional anti-Semitism at the ABC.

Senator ANTIC: Thank you, Mr Anderson, for coming today. I want to ask a couple of questions about the recent trouble and conflict in Israel and, in particular, the ABC’s coverage of same. Perhaps, in order to frame my question, I want to point out an article that was published on the website on 13 May entitled ‘An attempt to explain why explosions are again filling the skies over Israel and Gaza’. It’s an article which I’ve had annotated in red for factual errors, and, as you can see, this document is a sea of red. There’s not enough time today to pick through all of the factual errors, so I am going to highlight a couple.

CHAIR: Senator Antic, are you going to table that if you’re going to refer to it?

Senator ANTIC: No, I’m not, Chair. But I can perhaps table it later.

Senator ANTIC: I am just going to refer to it in this case. This article is available on the website. It says, ‘Like many places on Earth, the history of the region is complex and bloodied. It has been ruled by many different powers over the centuries, but Arab people have lived there throughout.’ That’s not actually correct, is it? In fact, what we know is that the history of the region shows—and this perhaps brushes away the ancient and unbroken historical connection to the land, to Israel, by the Jewish people. That’s one example. As you flip through, I see another statement here: ‘Most recently—and we’re talking the past hundred years—the area now known as Israel and the occupied Palestinian territories was ruled by the Ottoman Empire.’ We’re not actually talking about the last hundred years. The Ottomans conquered the Holy Land in 1517. These are just examples, but they go on and on. My question to you is: why is it that the ABC is institutionally anti-Semitic and why is it that the ABC has continually misled its viewers in relation to the Jewish people’s ancient connections to the land of Israel?

Mr Anderson : I don’t agree with the characterisation of the ABC being anti-Semitic. I will say that, when there are conflicts such as this, on very complicated matters, there are certainly things that we’ve looked into that have already been published to ensure that they’re accurate. Some corrections have been made. If you provide me with that, I will certainly take that on notice and respond to you. Just by way of complaints on the run that we have at the moment, as of 23 May, there have been 57 editorial complaints: 29 per cent of complaints allege that our particular coverage was pro Palestinian and/or anti Israel; 42 per cent alleged that we are pro Israel and/or anti Palestinian. And the remainder of the matters are referring to accuracy issues. It’s certainly something that we’re looking at very closely. Guidance notes are issued to our journalists. If you were to provide that to me, I would take that on notice and give you a response.

Senator ANTIC: The errors, though, unequivocally do swing to the favour of terrorist organisations like Hamas. My question is, I guess: do you have any managerial control over the editorial bias of your staff, or is this a staff-led collective? These articles are consistently anti Israel. I don’t know where these complaints in relation to it being pro Israel are coming from, but I suspect there’s not much basis to that—certainly from my reviewing of the recent coverage. There is another angle to this, and I want to touch on the subject of the coverage, specifically, of Hamas. There are two examples I want to draw your attention to. An article from three days ago on the ABC website was entitled ‘Hamas militants parade in Gaza, humanitarian aid convoy heads to the enclave as ceasefire talks persist’. Throughout this particular document, Hamas is referred to as ‘fighters’ and ‘militant organisation’. It doesn’t refer to it as a terrorist organisation. Does the ABC accept that Hamas is a terrorist organisation? The Australian and United States governments do.

Mr McMurtrie : We accept that the Australian government regards Hamas as a terrorist organisation, yes.

Senator ANTIC: Is that the ABC’s position?

Mr McMurtrie : The ABC doesn’t take an editorial position on these sorts of things. But, as a fact, yes, it’s been proscribed as a terrorist organisation, yes.

Senator ANTIC: Because you would get that impression from some of this material.

Mr McMurtrie : It won’t surprise you that I don’t agree. But, if you want to provide us with the specific stories that you want us to look into, we’ll look into those stories.