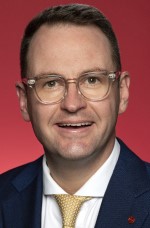 The second fact here is that it isn’t our role to choose the capital of another nation. I can’t think of any other example where Australia would seek to impose its selection of a capital city on another country or jurisdiction, so I think it important that we stay in our lane on this issue. Jerusalem is the capital of Israel.

Senator BRAGG (New South Wales) (16:28): There is no question that these are very sensitive issues, and they are the sorts of issues where Australia’s multicultural tenor makes it very complicated. That’s because we have very large parts of our community that feel strongly about these matters. These are people who are Australian and people who have an interest in our domestic affairs, but they see this as almost an extension of a domestic issue. I think it is important to place on record that it is a complex and sophisticated issue that requires real care and diligence if any government wants to wade into it in any form.

The first fact to put on the table is that since its inception Israel has been a great friend of Australia. Australia has stood with the State of Israel since its inception after the Second World War. Certainly this is not how we would treat a friend. The shambolic approach taken here really has, I think, let our friend down greatly.

Before the election, the Labor Party was quite clear in ‘wanting to speak with one voice’ on these matters, as said to the Australian Jewish News. It’s been alleged that at various fundraising dinners the now Prime Minister went around and gave assurances that that would be the case, that there would be no change on these matters, certainly no change without consultation. We’re all very aware that there was no consultation here, because this was a complete shambles.

There was some sort of a change on the website by a DFAT official, which was authorised or unauthorised—we don’t know. Maybe we’ll find out in coming weeks and months. That led to some media reporting, which was denied, and then assurances were given to various community members and groups. Then, apparently, there was a meeting of the cabinet, where it was formalised that we would be reversing our position—reversing our position of allowing another state, that is a friend of ours, to select their own capital city. That is their capital city. We’re now saying, ‘No, we don’t believe that your selection of your capital city is valid.’ That is the position we are now in.

Mr Josh Burns, the member for Macnamara, has said that it’s insensitive, and I note that the comments made by the foreign minister are a concession that the process was a shambles. It is very disappointing that the government has decided to treat a great friend of Australia in this way. It is unusual to hear a Prime Minister of any country, let alone a friendly nation, speak of such great disappointment in the actions Australia has taken. This has been a very sorry chapter in our foreign relations.

I noted at the start of these remarks that it is a complicated and delicate matter, but we have to be realistic that this is the capital of Israel. They have selected that city, and we should respect that choice as we maintain our commitment to a future Palestinian state. I don’t think that being realistic about our foreign relations in any way diminishes the future opportunity of there being a Palestinian state.

I conclude by agreeing with Senator Birmingham’s statement that the Albanese government now needs to make amends for this completely embarrassing shambles and needs to fix the offence to Israel. They will always be a great friend of Australia.

The ACTING DEPUTY PRESIDENT ( Senator Dean Smith ): The question is that the motion moved by Senator Birmingham be agreed to.