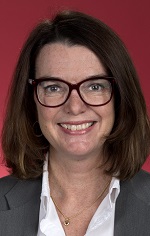 Over 150 people have been killed in Gaza over the last few days of hostilities. I am sure many more would have been killed in Israel had it not been for the fact that they have the luxury of a very sophisticated defence Iron Dome mechanism, which intercepts the rockets that come into Israel.

Senator RUSTON (South Australia—Deputy Government Whip in the Senate) (21:50): Tonight I rise to talk about the tragedy that is the Middle East, Iraq, Syria, Palestine and Israel. I do not think it matters what your position might be on any of these conflicts and who you side with. Any moral and compassionate person would say that the victims of any of these conflicts are children. We saw the tragedy of the three young Israeli men who were murdered a couple of weeks ago. We saw the absolute horrific death of the young Arab boy from East Jerusalem who was burnt alive and, obviously, the resultant escalation in hostilities in that particular part of the world. I do not think anybody could possibly say that those acts of pure violence against young people are anything but to be condemned.

Over 150 people have been killed in Gaza over the last few days of hostilities. I am sure many more would have been killed in Israel had it not been for the fact that they have the luxury of a very sophisticated defence Iron Dome mechanism, which intercepts the rockets that come into Israel. Once again, I just put on the record that it is the children who our hearts must really go out to. Notwithstanding the tragedies that are unfolding before our eyes and that have received a massive amount of media coverage over recent times, the tragedy that is Syria is probably even more so.

When you consider that Syria is a country of 22.4 million people and Australia has 23.5 million people, you get an idea of the size of the country. Ten thousand children have been killed in Syria since the civil war commenced there a couple of years ago. My home town of Renmark has 10,000 people, so it is like the entire population of my home town of Renmark, in children, have been killed in that conflict. More than 500,000 people have been injured in the conflict, many of whom, surprisingly—particularly on the border of Israel—are actually treated in Israeli hospitals.

A couple of months ago I visited the region. We went to Syria, Palestine and Israel. Probably one of the most memorable experiences on the trip was a visit to the Ziv Medical Centre, on the border of Syria. That hospital was treating victims of the civil war in Syria. We saw many young people. One case that probably hit home more for me than for anyone else was that of a 12-year-old boy. I have a 12-year-old son, so it was particularly pertinent to me. This little boy had lost both his legs and one of his arms in a home-made bomb attack. Only a matter of a few weeks before, nobody knew whether he was going to survive. By the time we got there, the critical danger from the injuries to his physical body had passed, but who would know the toll of the mental damage that had been done to this little 12-year-old boy? The even greater tragedy, I suppose, was his mother. All his mother wanted was for the medical centre to give him two prosthetic legs and a prosthetic arm so she could take him back home again so that he could get on with fighting the good fight in Syria. It just made your heart go out to this poor little boy who had been such a terrible victim of this war.

When you look at the numbers, you see that 170,000 people have been killed in this conflict. That equates to the population of Townsville. It just is quite mind-blowing. The UN has estimated that over nine million people have been driven from their homes by this conflict. That is the equivalent of the people of Tasmania, South Australia, Western Australia and Queensland being displaced from their homes. It gives you an extraordinary concept of what is going on in that place at the moment. The UN has made the statement that Syria is one of the most dangerous places in the world to be a child, and, when you consider what I have just said, then it is no wonder that UNICEF and other aid organisations are seeing Syria as a place so much in need.

You can look at the whole area—look at Iraq, Syria, Israel, Palestine, Gaza and the events that have happened in Egypt in recent times. We so terribly take for granted the fact that we can be safe. I took back to my son’s school, after I came back from that part of the world, pictures of a wonderful colourful playground with all this wonderful playground equipment in it. The kids in the class were all terribly excited to see this playground equipment—these big concrete wiggly worms and little houses that the children could run in and out of. The kids thought this was fabulous until they realised that this playground was actually a bomb shelter for the school. We just take it for granted in this country that we have the right to feel safe and for our children to be safe. It is a privilege that we must never underestimate, because the children of the Middle East, when they go to bed tonight, are probably sleeping with one ear open and the door of the bomb shelter open so that they can run into it. And that is for the lucky ones that live in places where they have bomb shelters. There are obviously a lot of children that live in places where they do not have the luxury of being able to go to a bomb shelter.

It makes it even worse when you realise that so many of the children in these countries are being used as pawns of war. We saw little children, as young as five, in classrooms spitting vile venom about people that they did not like. To see a little five-year-old sitting there and being absolutely ruthlessly aggressive towards somebody that they had never seen, somebody they did not know anything about, was really quite tragic. To also see little boys at the age of five running around with machine guns strapped to them, shouting and yelling nasty things about, once again, people that they had never seen and did not know was really quite tragic. Once again, we in Australia need to make sure that we never take for granted the fact that we live in a country where we are safe and where we would never expose our children to the kind of devastating situation that these children in many overseas countries are in.

Tonight I would like to say, for all the children of the world who live in countries where there is war, that we as a society need to condemn the use of children in war. We need to make sure that we do everything we can to protect these children. We also need to do whatever we can to stop the hostilities, to try and help bring to an end the conflicts that are causing so many children to be killed, injured, maimed and displaced. In this world, I suppose, adults can make decisions for themselves. Adults are big enough to be able to fight for themselves. Adults know what they are doing. The children of this world are not so lucky. They just become victims of the postcode into which they were born. It is totally unacceptable that so many children are being put in this position in the world, and I would like to see that we would do more to ensure that the children of the world are taken out of this position of such great risk.