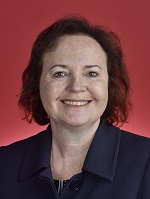 Labor supports this convention and this legislation. This convention will ensure a more productive and cooperative bilateral investment environment between Australia and Israel.

Senator CAROL BROWN (Tasmania) (13:04): The Treasury Laws Amendment (International Tax Agreements) Bill 2019 implements the Convention between the Government of Australia and the Government of the State of Israel for the Elimination of Double Taxation with Respect to Taxes on Income and the Prevention of Tax Evasion and Avoidance, as signed by Australia and the State of Israel on 28 March 2019. Labor supports this convention and this legislation. This convention will ensure a more productive and cooperative bilateral investment environment between Australia and Israel. This convention will offer new trading opportunities for Australian businesses by reducing withholding taxes and significantly alleviating the risk of double taxation of income by Australia and Israel. Labor strongly encourages cooperation between the national tax agencies to detect and prevent tax evasion. The convention will do this by authorising the revenue authorities of Australia and Israel to exchange taxpayer information on all taxes that are covered by the convention.

This legislation incorporates important integrity provisions from the G20 OECD Base Erosion and Profit Shifting Project. These provisions are designed to minimise tax avoidance opportunities and to ensure that multinational corporations pay the appropriate amount of tax. The convention will also improve tax certainty for businesses and investors by introducing antidiscrimination and arbitration rules. The new convention will commence when both Australia and Israel have fulfilled their domestic requirements, including passing this bill.

This bill amends the International Tax Agreements Act 1953 to give force to the convention, while also amending the Income Tax Assessment Act 1997 to introduce a new ‘deemed source of income’ rule. This will ensure Australia can fully exercise the taxing rights it has negotiated under the new convention and will streamline the negotiation of future international tax agreements.