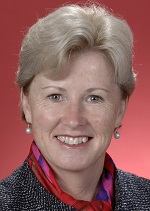 Senator MILNE (Tasmania—Leader of the Australian Greens) (19:59): Australia is a tolerant, multicultural nation. We value free speech and democracy and we celebrate the fact that we have built a society where people can live without fear of being verbally or physically abused because of their ethnicity, religion or cultural traditions. Section 18C of the Racial Discrimination Act makes it unlawful to offend, insult, humiliate or intimidate a person or group because of their race, colour or national or ethnic origin. This legal measure enables people subject to racial discrimination to pursue those who harass them. Removing or weakening section 18C will mean that targets of racial vilification will have no option but to appeal to pre-existing criminal offences which serve quite a different purpose and which have a much higher standard of proof. Until now, 18C has served us well by giving the public robust instruments to fight insults, humiliation and racial vilification. Weakening 18C will signal to some that they are now safe to engage in racist attacks against vulnerable minorities. The Greens have zero tolerance for racism, and we stand alongside all Australian minority communities and condemn racism completely.

The importance of preserving 18C is clear but made even clearer by my own experience of Fredrick Toben and his persistent and ongoing vilification of the Jewish community. Mr Toben is an Australian Holocaust denier who insists that the Holocaust is a lie. He maintains that it is a deception that millions of people were murdered in Nazi gas chambers. For making these false assertions he was imprisoned in Germany for defaming the dead, and attempts have been made since to have him deported to Germany to face similar charges. Toben routinely insults and tries to humiliate the Australian Jewish community. Not only are his websites vehicles for spreading historical falsehoods and extreme anti-Semitic sentiment but he and his associates have also mailed offensive materials to members of the Jewish community. He has attended talks given by Jewish survivors of the Holocaust with the intent of creating a disruption. He constantly demeans and disparages Holocaust survivors by calling them ‘unreliable witnesses’ or says they are ‘lying’.

In 2013 I gave a comment to TheAustralian newspaper that Toben is a Holocaust denier and that in so doing he fabricates history and is an anti-Semite. In spite of calling the Holocaust a lie, in spite his being jailed in Germany for insulting the dead and in spite of his anti-Semitic writing on his websites, Toben took these comments to be defamatory and, as a result, I am now being sued for defamation. Even a cursory examination of Toben’s prolific writings and numerous interviews shows that these observations are true. He repeatedly refers to the Holocaust as a ‘myth’, a ‘fiction’ and a ‘physical impossibility’. In a letter to Jewish academic Deborah Lipstadt he writes:

I refuse to believe, without physical proof, in the systematic extermination of six million European Jews in homicidal gas chambers.

The Holocaust believers have never proven their case …

Not only does he repeat a falsified version of history, saying the Holocaust ‘did not happen’, ‘there were no gas chambers’, and the existence of the Holocaust is simply ‘war time propaganda’; he says it is just ‘prison gossip’ concocted by concentration camp prisoners. He entertains the notion that the Holocaust was invented for Jewish financial gain. He writes:

All anyone needs to do is draw the Nazi card and the coffers open and the scrum is on to see who can get a snoutful out of the Holocaust trough. There is, indeed, no business like Shoah business!

He has also said:

The Jew fury knew no bounds and succeeded in smearing Germans with the Holocaust-Shoah lies, something that admirably suited the Anglo-American-Zionist financial internationalists.

He has compared notable Australian Jewish figures to the Jewish stereotype of Shylock, saying that they are after ‘their pound of flesh’. He routinely refers to so-called Jewish supremacism and maintains that the Jewish authorities are behind horrific events like 9/11.

In 1996 Jeremy Jones of the Jewish Council of Australia challenged Toben’s anti-Semitic writings in court. The judges agreed that Toben’s website contained anti-Semitic material and ordered that it be removed. In defiance of this, Toben continued to produce content that was anti-Semitic. The courts ultimately found Toben guilty of contempt of court and Toben was fined and sentenced to a short stint in prison. Toben’s complete contempt for the legal system and the Australian judiciary then led him to reflect:

In my case the judges involved in my matter were not Jewish but they bent to Jewish pressure, which enables me to state they became morally and intellectually bankrupt.

As a result of all his persistent breaches of the law and litigious behaviour, Toben is now an undischarged bankrupt and, having nothing more to lose financially, with the assistance of financial backers he will continue to use the courts as a platform for his anti-Semitic views, to the great personal and financial cost of those he sues and the Jewish community he continues to vilify. He wants show trials.

It is clear that Toben’s views are detestable and denigrate the Australian Jewish community. Furthermore, the existence of his denialist claims sullies the memory of all those who were brutally exterminated in the Holocaust. His views are a shameless attack on Holocaust survivors and their families. I have stood at the Dachau concentration camp. I have been to the Yad Vashem Holocaust museum in Jerusalem. It is a powerful memorial to the six million Jews who died. I have been to the Dachau memorial and the concentration camp memorials at the Pere Lachaise Cemetery in Paris—memorials of Auschwitz and of Bergen-Belsen—and I will never stand by or allow the likes of Toben to so insult the dead or to belittle their suffering or the suffering of those who survived or those who have come after. Whilst I will continue to stand up for a peaceful two-state solution in the case of Israel and Palestine and whilst I will continue to criticise the government of Israel for its illegal occupation of Palestinian territories, I will never stand idly by and fail to condemn anti-Semitism. So I am defending the defamation charges in court not only to protect my personal reputation and that of the Australian Greens but also to make a stand on behalf of the whole Australian community in challenging Toben’s abhorrent views.

But it will not be enough just to win this case against Toben. There must be adequate legal recourse to protect people from racial vilification in the future. That is why we need to retain section 18C of the Racial Discrimination Act. Without it, Toben and his ilk will be let off the leash, free to vilify and insult Jewish people in the name of political debate. Toben is deeply invested in the repeal of 18C. He cannot wait for it to be removed so he can continue his assault on the Jewish community unrestrained. He has even gone so far as to call 18C the ‘Toben law’ because he egoistically claims that it targets Holocaust deniers in particular. He has claimed that 18C finds its origins in an Australian Jewish effort to silence dissenters.

If we take away the protections offered to us by 18C, then we expose racial, ethnic and national minorities to vilification and abuse with no effective protection against these racist predators. That is not the kind of society that wave after wave of migrants have built in Australia, and it is not the kind of society the Greens will stand by and allow Australia to become.