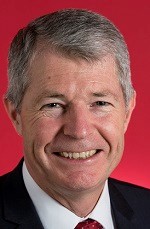 Questioned why Australia voted against a UN resolution on Gaza and drew attention to the location of the Israeli parliament being in Jerusalem.

For the record, could you update the committee on the reasons why Australia voted against that motion, in terms of the bias and excluding the role of Hamas?

For context see Senator Richard Di Natale’s questions about the same UN resolution, immediately prior to this interaction.

Senator FAWCETT: For the record, could you update the committee on the reasons why Australia voted against that motion, in terms of the bias and excluding the role of Hamas?

Dr Lee : Maybe I could provide that advice, Senator. We gave a statement during the general debate on the Human Rights Council special session, and also gave an explanation for the vote during the Human Rights Council special session when we did articulate those points. Our issue was with the balance of the resolution; it wasn’t in relation to an investigation. We had indicated in our statement during the general debate that we would give serious and detailed consideration to all specific proposals for external investigation mechanisms into the situations surrounding those protests, and that we would consider the proposals on their merits. Again we emphasised that the investigation needed to be genuinely independent and impartial. That was the approach we took to the resolution.

We had serious concern that the resolution was one-sided. That was based on the language, and that that was prejudging an outcome of an inquiry. As we said earlier, it had to acknowledge the role of Hamas in those events. Israel was mentioned throughout while Hamas was not mentioned at all.

The inquiry’s geographical mandate also covered the entirety of the Gaza Strip. This was the inquiry that was mentioned in the resolution. It mentioned the entirety of the Gaza Strip, the West Bank, and included parts of Jerusalem over an unlimited time period. In that sense the resolution over-reached and failed to give the events that transpired on that occasion the specific attention that they deserved. That was what we articulated at the Human Rights Council, on the resolution that was put forward.

Senator FAWCETT: Was Australia’s position informed by statements by Hamas leadership that came out about the fact that the overwhelming number of those killed were in fact Hamas militants, as opposed to innocent bystanders, or was that information subsequent to your decision, which obviously validated it? Was it informed by that announcement by the Hamas leadership?

Ms Yu : It was really subsequent to the resolution.

Senator FAWCETT: Can you confirm that members of parliament, ministers and our ambassador at times visit the Israeli parliament, the Knesset?

Senator FAWCETT: Where is the Knesset located?

Ms Adamson : I’m sure you have visited the Knesset yourself, Senator. I haven’t, but I’m sure you know the answer to that question.

Senator FAWCETT: Would you mind putting it on the record?

Ms Adamson : Well, the Knesset is in Jerusalem.

Senator FAWCETT: So the location of their parliament is in Jerusalem.

Ms Adamson : It’s not that we’ve got any difficulty at all—

Ms Adamson : in dealing with them, and nor would we with the new US embassy and its personnel.

Senator FAWCETT: So most of the forms of their government—their Knesset, their Supreme Court—

Ms Adamson : And our colleagues travel very regularly to Jerusalem for those kinds of meetings.

Senator FAWCETT: Yes. Because that’s where their government is.

Ms Yu : And it’s in West Jerusalem, I understand.