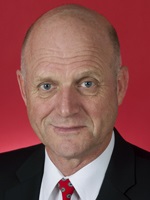 Are you aware of recent media reports that indicate that the City of Jerusalem is proposing to take over the educational functions previously undertaken by UNRWA within Jerusalem for the reasons I raised at last estimates?

Senator LEYONHJELM: On that, are you aware of recent media reports that indicate that the City of Jerusalem is proposing to take over the educational functions previously undertaken by UNRWA within Jerusalem for the reasons I raised at last estimates, which Senator Abetz has referred to?

Ms Yu : I’m not. Once again, it would be useful if I could have a look at what you are referring to.

Senator LEYONHJELM: As we have discussed, there is an article in the Israel National News, which contains quite a lengthy quote from a person by the name of Bassem Eid, who is said to be a human rights activist who has been studying UNRWA’s schools and institutions for years:

I worked in several UNRWA schools in the territories and in Jordan, and children aged 9-10 want to be killed and kill Jews and to release their people. “Who taught you that?” I asked. They said that was what they were learning in schools, and I asked teachers at UNRWA schools in Jordan if children were taught to blow themselves up and be killed. They said “of course. How else will they liberate the land from the Israeli occupation?” UNRWA is aware of this, and the international community knows that all UNRWA studies are full of hate and incitement. The international community continues to inject funds because it is against Israel.

This was written in the context of this media article reporting that the mayor of Jerusalem has joined with several other organisations in raising concerns about this. They are doing something practical about it by taking over all the education within the Jerusalem area. In light of that, assuming that that goes ahead and that media report is accurate, if UNRWA is required to do less education, because the municipality of Jerusalem is doing more, I wonder whether in fact we may review our own contribution to UNRWA.

Ms Yu : I wasn’t aware of that report, so thank you for bringing that to my attention. With regard to UNRWA’s role, as you know, they are providing services for 5.4 million Palestinian refugees in both the PT area and Jordan, Lebanon and Syria. They’re providing, as I said previously, basic quality services for Palestinians in need.

Senator LEYONHJELM: Yes, they are. We have discussed that. As a result of the previous foreign minister’s decision in relation to funding, I wasn’t quite sure when you were answering Senator Wong’s questions whether there has actually been a net reduction in funding to go to the PT or it’s just been reallocated since the MA’AN Development Center or APHEDA are no longer being funded?

Senator LEYONHJELM: So $0.8 million. That still leaves a four-year agreement with UNRWA of $10 million, but $5 million of that was brought forward to the current financial year, so that makes it $15 million—is that right?

Senator LEYONHJELM: I want to draw to your attention some information and ask if you are aware of it. The mayor of Jerusalem was again reported in Israeli media briefing a committee of the Knesset, in which he showed a school textbook used by UNRWA in East Jerusalem. It refers specifically to Dalal Mughrabi, a Palestinian terrorist who murdered 35 civilians in a bus attack in Herzliya. This is being distributed in UNRWA schools. This is one of the pieces of information that he presented to this Knesset committee and is one of the reasons why the Jerusalem municipality is taking over the education of Palestinian children in the municipality area. Are you familiar with that claim?

Ms Yu : Sorry, I was not familiar with that claim.

Senator LEYONHJELM: Clearly I think that Australian taxpayers would be worried if their funds were being used to publish textbooks which promote the glorification of suicide bombers and terrorists like that. Do you agree?

Senator LEYONHJELM: If you made inquiries and confirmed that what the mayor of Jerusalem has told the Knesset committee is accurate, would I be safe in assuming that there would be a review of the funding that goes towards that?

Ms Yu : That’s a matter for government, but, as I explained previously, Australia wants to actively get involved in reviewing the textbooks with the UK colleagues, so we have been pursuing that with the UK. And there have been other reviews done around textbooks, as I think I stated previously, carried out by an independent group and funded by the US. I think Senator Abetz asked who actually carried out the review, and we provided that response on notice. And, as I said, my own discussions with UNRWA service providers indicate that they are extremely aware of these sensitivities and that neutrality is a principle that they very, very closely and strongly adhere to. They have systems in place where they talk to the teachers about how some of this material provided by the Palestinian Authority can be neutralised in their teachings.

Senator LEYONHJELM: The American administration has now withdrawn funding from UNRWA, as you confirmed recently. I understand a parliamentary committee of the EU is also reviewing the funding of UNRWA. Are you familiar with that?

Ms Yu : No, I wasn’t aware of that. The EU has certainly been a very strong sponsor of UNRWA in the past.

Senator LEYONHJELM: You’re quite right. They have indeed. But I understand there is some growing sensitivity around what the funds are being used for. I am informed that there is a review underway as to the use of the EU’s funds by UNRWA. We now have the mayor of Jerusalem raising quite specific accusations in relation to what the money is being used for in UNRWA schools. Minister, I’m wondering if this is a matter of interest to the government in terms of what’s being done with Australian taxpayers’ money?

Senator Payne: As you would be aware, the government has taken a number of decisions recently in relation to concerns, preceding my taking up this role. That’s across a range of issues, but, broadly speaking, of the nature that you’ve raised. Yes, we would continue to want to monitor those sorts of issues. You’ve raised a number of matters today that officials have not been aware of. They will now be examined.

Senator LEYONHJELM: Can I confirm then that I’m more than happy to feed information to the most useful place in this issue—is that you, Ms Yu, or is there somebody else?

Senator Payne: But through my office. We will facilitate that.

Senator LEYONHJELM: Okay, as you wish.