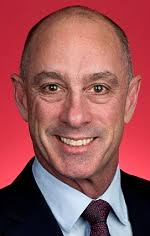 I have some questions going to our support for the State of Israel. What is the government’s position on the proposed International Criminal Court—the ICC—investigation in the Palestinian territories?

Senator VAN: I have some questions going to our support for the State of Israel. What is the government’s position on the proposed International Criminal Court—the ICC—investigation in the Palestinian territories?

Senator VAN: Will we be making a submission?

Mr Larsen : Yes. We requested the court’s agreement to do so, and the court granted that agreement. That document is currently in preparation. Of course, it’s subject to approval across government and there will be a whole-of-government process involving ministers for that purpose.

Senator VAN: What is Australia’s position on the UNHCR’s publication of the list of companies operating on the West Bank, which presumably will have the effect of supporting the BDS—the Boycott, Divestment and Sanctions—movement?

Mr Larsen : I probably should look to my colleague on that policy issue.

Senator VAN: Of course. The more the merrier.

Dr Macdonald : Australia was opposed to the publication of that database.

Dr Macdonald : Yes. Can I check on that and get back to you?

Senator VAN: Of course, no problem at all. Moving on a little bit from that. Australia has a seat on the Human Rights Council. Is it possible describe the anti-Israel nature of item 7? What is Australia’s position on item 7?

Dr Lee : I will just add to the comments of my colleague Angela Macdonald. In relation to the Human Rights Council and the treatment of the issue of the Palestinian territories and Israel, Australia has an in principle objection to item 7 in that Israel is the only country that has a separate standing agenda item in relation to it. Also, the number of resolutions in relation to one country—Israel—we see as being unbalanced and biased, and so we do have an objection to it. It will come up again in the current Human Rights Council session, which is running through to 20 March, and we will get to item 7 in coming weeks.

CHAIR: North Korea is not a separate item?

Dr Lee : It’s not a separate item on the agenda. That’s correct.

Senator VAN: Interesting. The year 2020 is the 75th anniversary of the end of World War II and the end of the Holocaust. Can you describe what Australia’s position is on anti-Semitism?

Dr Lee : I will ask my colleague. Just one point to note is that Australia did join and become a full member of the International Holocaust Remembrance Alliance recently, in June 2019. That particular institution is focused on Holocaust remembrance, understanding and commemoration—a slightly separate issue from anti-Semitism, which I will defer to my colleague on.

CHAIR: What has the Australian government or the department done in practical terms after the adoption of this definition of anti-Semitism by the IHRA, which I welcome?

Dr Lee : I think you asked the question previously around the working definition of anti-Semitism. At the moment, that’s an issue that is in the responsibility of the Attorney-General’s Department, so that issue will be considered and dealt with by them. In terms of how Australia is engaging with the IHRA, there is a group of experts we have appointed and are supporting through that process. Previously, we have also looked at our activities to support Holocaust remembrance and education, and will continue to look at we support that in Australia under the IHRA.

CHAIR: The chief editor of our national broadcaster at estimates earlier this week was not aware of the IHRA let alone its definition. For the purposes of assisting the national broadcaster in relation to what it posts on its website and the provision and distribution of the stories, I’m just sort of wondering what has happened. Could the department potentially, given that Australia has signed up to this, advise certain key stakeholders in the Australian community, such as the national broadcaster, that, for what it’s worth, this is a government policy that seems to have the support of other democratic nations around the world.

Dr Lee : We certainly will be speaking to other Australian government agencies around the IHRA and what it means for Australia. On the issue of the working definition, we would defer that to the Attorney-General’s Department.

Senator VAN: Dr Macdonald, do you have anything to add on what Australia’s position is on anti- Semitism?

Dr Macdonald : I have nothing to add.

Senator VAN: I thought you did.

Senator Payne: You made a very good point; I wasn’t aware of that statement from the ABC. I suspect I was in another estimates committee at the time but we will follow that up.