Senator Deborah O’Neill – speaking in response to Senator Birmingham’s motion regarding Jerusalem, stood by Labor’s decision on reversing Australia’s position on the status of Jerusalem 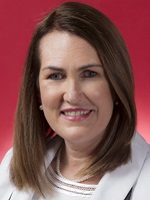 Last Monday’s announcement returned Australia to the international mainstream on the Israel-Palestine conflict. I look forward to the day when that conflict is resolved, and I hope both peoples are able to reach a just and fair resolution as soon as possible.

Senator O’NEILL (New South Wales) (16:20): I rise today on the matter of urgency put forward by the Leader of the Opposition in the Senate. I first want to acknowledge those frustrated and hurt by the suddenness of the change in the statement on the website. I particularly want to say as Chair of the Parliamentary Friends of Israel that I know how deeply the attachment to Jerusalem is felt by Jewish people, who, in the immortal words of Chaim Weizmann, lived in Jerusalem while London was still a marsh.

As Senator Wong has said, it’s more than a political issue; it’s definitional. It’s about history, faith and identity. Jerusalem was the site of the two temples, the seat of King David and Solomon, and has been the scene of the highest triumphs and some of the darkest moments of Jewish history for the last three millennia. Thus, it was a lasting shame that those opposite, when last in government, chose to politicise the issue in the first place and, guided only by the impending Wentworth by-election, broke decades of consensus regarding Australian recognition of West Jerusalem.

Those opposite were only too happy to vote against recognising Jerusalem as the capital of Israel in this very chamber only four months prior to making that change. Senator Fraser Anning’s motion—his proposal—in the Senate in June 2018 received this response from Senator James McGrath—this is what the government thought, four months before they went out and unilaterally changed the position:

The government considers Jerusalem to be a final status issue for negotiations between Israel and the Palestinians. Australia will continue to maintain its embassy in Tel Aviv. The Prime Minister and the Minister for Foreign Affairs have restated Australian policy on several recent occasions.

Senator McGrath, speaking for the then government, led at that time by Mr Morrison, went on to say:

The government has no plans to relocate the embassy to Jerusalem. Australia considers that, in view of the highly sensitive status of Jerusalem and its consideration as a final status issue, it is not conducive to the peace process to move the embassy there.

And he was in good company. We have comments on the record about efforts to build long-term peace that go back as far as: Sir Paul Hasluck in 1967; Prime Minister Keating; Prime Minister Howard, who said, ‘The status of Jerusalem is something that will be resolved by the parties in discussion’; Labor Prime Minister Julia Gillard; and Liberal foreign minister Julie Bishop, who said, ‘Matters relating to Jerusalem are subject to final status negotiations between Israel and the Palestinian Authority.’ For decades that was the consensus.

Sensitive foreign policy matters like the recognition of Jerusalem should never be politicised in a cynical manner to win a by-election. I note as well that the decision to move the embassy was scrapped shortly after the Liberal candidate lost the by-election. The decision was only ever about politics for many of those opposite. I won’t include everyone because there are conviction politicians on that side of the chamber, but I note Senator Birmingham continues to refuse to announce his party’s current position and whether he would seek to reverse the decision.

I want to acknowledge the deep frustration and consternation from the Jewish community, particularly in the timing. This occurred on one of the Jewish community’s holiest days, Simchat Torah, when many observant members of the community were, in fact, unable to receive news or check their phones. This decision must have come as a tremendous shock to them when they did turn on their phones.

There’s no running from the reality that we face. Minister Wong has reiterated on many occasions and again in question time today that the website was updated ahead of the processes of government. But, unlike those before us, our government took responsibility for the decision and acknowledged that these events are, in fact, deeply regrettable. Last Monday’s announcement returned Australia to the international mainstream on the Israel-Palestine conflict. I look forward to the day when that conflict is resolved, and I hope both peoples are able to reach a just and fair resolution as soon as possible.