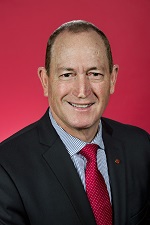 Israel is the land promised to the Jewish people by God… Since it is good enough for God, it seems to me that it should be good enough for the Australian government to recognise this fact and acknowledge it by moving our embassy to West Jerusalem—apparently not so.

Senator Anning to move on the next day of sitting:

(a) notes a motion of 19 June 2018 calling for the relocation of the Australian Embassy in Israel to Jerusalem, in line with a similar action by the United States, was opposed by the Government which voted with Labor and The Greens to defeat the motion, standing in my name;

(b) notes that the Wentworth by-election will occur on 20 October 2018 and that that electorate has a large Jewish population;

(c) notes the statement by the Prime Minister, Mr Morrison, on 15 October 2018, that the Government is supposedly considering relocating the Australian Embassy in Israel to Jerusalem;

(d) expresses concern that these comments by the Prime Minister do not reflect a genuine intent by the Government to re-locate the Australian Embassy, but are instead a cynical ploy to win Liberal votes in a closely-contested seat which the Government has no intention of honouring; and

(e) calls on the Federal Government to dispel these concerns by making a firm commitment immediately that it will relocate the Australian Embassy in Israel to Jerusalem by March 2019.

That so much of the standing orders be suspended as would prevent me from moving a motion that general business notice of motion no. 1141 may be moved immediately and determined without amendment or debate.

I moved this motion in response to the indications by the Prime Minister that the Australian government intends to move the Australian Embassy in Israel to Jerusalem and thus recognise Jerusalem as Israel’s capital. Israel is the land promised to the Jewish people by God. Despite conquests and expulsions of the Jews by tyrants since the age of Abraham, there has never been a time when there were not Jews living in Israel. For over 3,000 years the capital of that land has been Jerusalem. Since it is good enough for God, it seems to me that it should be good enough for the Australian government to recognise this fact and acknowledge it by moving our embassy to West Jerusalem—apparently not so.

It was only two months ago that I moved a motion here in this Senate to move the embassy to Jerusalem, and the government sided with Labor and the Greens to unanimously vote against my motion. But now, only days away from a by-election in Wentworth—an electorate with quite a large Jewish community—the Prime Minister has apparently experienced his own Damascene conversion and claims to be now considering moving the embassy. Senators and the Australian people are entitled to be sceptical about the sincerity of this commitment given the past history of the Turnbull-Morrison government in acknowledging and kowtowing to the Palestinian authority and various other Muslim dictators. This is why I thought it appropriate to test the support for this proposed commitment with this motion. Given the fact that my motion has been opposed, senators can now draw their own conclusion as to the sincerity of the government’s position.