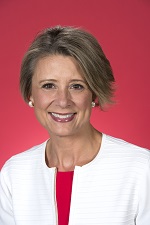 Captain’s calls: here we have a Prime Minister, Scott Morrison, who decided just days out from the Wentworth by-election that it was time to unilaterally announce that Australia was considering moving its embassy in Israel to Jerusalem. There was no consultation with our armed forces, many of our public servants had to find out about it from the media and there was no consideration from the Prime Minister as to how this might affect our neighbour to the north, Indonesia.

Senator KENEALLY (New South Wales) (15:42): Today, question time was all about captain’s calls, big sticks, pinpoints, L-plates and the deep wounds that exist on the coalition side. Captain’s calls: here we have a Prime Minister, Scott Morrison, who decided just days out from the Wentworth by-election that it was time to unilaterally announce that Australia was considering moving its embassy in Israel to Jerusalem. There was no consultation with our armed forces, many of our public servants had to find out about it from the media and there was no consideration from the Prime Minister as to how this might affect our neighbour to the north, Indonesia. Well, we now know how it affects them. They’re very upset and very angry, and understandably so—and we have a free trade agreement that has been put on ice. Senators on the other side have gotten up in this debate and talked about the free trade agreement. They didn’t mention Indonesia, the one that this Prime Minister has stabbed in the heart with his captain’s call to move the Australian embassy to Jerusalem. We heard from Minister Ciobo that there might be only a five per cent chance of that. He refuses to confirm that he said it. Minister Cormann refuses to confirm that he said it here today in this chamber. So now we just sit here and wait, yet again, for the Prime Minister to make another captain’s call.

But that’s all right, because they’ve got their big stick. They’re waving their big stick around at the energy companies, with one of the most illiberal ideas you can imagine. That is a party over there, a government, that used to be believe in the market. Now they’re talking about the forced divestment of power companies—how extraordinary! Labor shadow Treasurer, Chris Bowen, said this is a policy more suited to Venezuela than to Australia, and he was right. This is the big stick they’re waving around, because they have no energy policy.

Amazingly, we have a government that has no policy to bring down the price of energy, to bring down emissions or, indeed, to secure our energy future. We’re missing out on jobs. We’re missing out on opportunity, because we’re not investing in renewables. But don’t worry: they’ve got a big stick; they’re going to wave it around. Meanwhile, we have a minister who cannot pinpoint when Australia’s emissions are going to start coming down. I’m not asking for the date; I’m asking for the year. She can’t tell us that. ‘She can’t pinpoint it,’ she said last night in a radio interview.

Minister Fifield had information that was a bit more specific. Perhaps he should choose to share it with the Minister for the Environment, Melissa Price, who seems intent on proving Senator Fierravanti-Wells’s point that Minister Price is an L-plate minister. Anyone who has ever driven with an L-plate driver knows that it can be quite scary. We now have an L-plate driver in the driver’s seat of our environment portfolio and, quite frankly, she’s driving the environment—she’s driving this country—off a cliff. The reality is she is an L-plate minister.

Senator Fierravanti-Wells simply spoke the truth in her opinion piece, yet we have this minister unable to pinpoint when we’re going to get emissions down in this country and unable to acknowledge that her words to the former President of Kiribati were deeply offensive. It’s no wonder Senator Fierravanti-Wells, who, as a minister, worked so hard in the Pacific portfolio, felt the need to step up and provide some dignity and reflection where Minister Price had failed to do so. But don’t worry, Minister Price had her say last night. She’s not concerned about the hurt she might have caused to our Pacific neighbours; she’s concerned about the hurt that has been caused to her. She is deeply, deeply wounded, she says, as a result of what Senator Fierravanti-Wells wrote.

I think this points to the abject failure of this government—their chaos, their division, their internal bickering, their hurt feelings back and forth. They’re not focusing on Australians and Australian families and on what they need and what they desire. From Senator Polley today in her questions and in her speech we heard how many tens of thousands—hundreds of thousands—of Australians are waiting for their home care package or have no home care package at all.

I’m going to end on this point: all of this chaos and division is hurting real people. When the government is focused on itself and not on real people, what we have are real Australians who are really dying as they wait for their home care. There is a whole range of other areas where this government has cut, but this is shameful today. (Time expired)