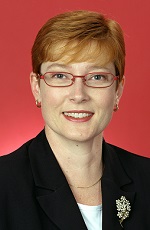 Senator MOORE (Queensland) (14:00): My question is to the Minister for Foreign Affairs, Senator Payne. In a story in this morning’s The Australian entitled ‘Morrison risks Jakarta’s ire on Israel’, it’s revealed that the government is understood to have fast-tracked the decision to change longstanding bipartisan foreign policy, including the location of Australia’s embassy in Israel. When was the decision made to announce that Australia was considering moving its embassy to Israel? Was it a decision of cabinet? If not, who made the decision?

Senator MOORE (Queensland) (14:01): I didn’t get the answer to whether it went to cabinet or not, but I have further questions to ask, so I’ll put them together. The report reveals that the frantic pace of the decision left:

… little time to inform affected countries and sparking an angry reaction from foreign diplomats in Canberra who are usually informed of major foreign policy changes weeks in advance.

What representations has the Australian government received from other nations in response to its decision to change longstanding bipartisan foreign policy? Again, Minister, did this decision go to cabinet?

Senator PAYNE (New South Wales—Minister for Foreign Affairs) (14:01): I’ve indicated to the chamber that the matter was considered at the appropriate levels of government. In response to other aspects of Senator Moore’s question, I can indicate to the chamber that we are always engaging with our international counterparts on key matters of policy. I also need to correct Senator Moore’s assertion that the government has changed a policy. The Prime Minister and I have very clearly stated that the issues that are of concern are matters which have been raised in public discourse in Australia. The Prime Minister has indicated that he wants to look at the matters which have been raised in that discourse, including the location of the Australian embassy and whether the JCPOA is delivering outcomes and is as effective as it is intended to be. They are legitimate matters for a government to consider, and this government takes its responsibilities very seriously. The difference between— (Time expired)

Senator MOORE (Queensland) (14:02): Yesterday in question time, Prime Minister Morrison said he had been ‘in direct contact with President Widodo’. Can the minister confirm today’s reports that the Prime Minister told the President of Indonesia of his decision to overturn 70 years of bipartisan foreign policy via a text message? Again, Minister, do appropriate levels of government include cabinet?

Senator PAYNE (New South Wales—Minister for Foreign Affairs) (14:03): I am not going to comment on the details of the Prime Minister’s exchanges with his international counterparts in that way. What I will say is that consultation has been engaged in between Australia and a number of other international parties, of course. Again, Senator Moore misrepresents the position by asserting a complete change in policy. What the Prime Minister has indicated he wants to do is have a discussion to examine these extremely important issues of international policy. Those opposite seem incapable of participating in a discussion like that—incapable! They are only focused on process. They have no interest in Australia’s foreign policy positions whatsoever, based on the sorts of questions that they’ve been asking. I would remind them that there are those opposite who have also canvassed these same issues, including Mr Danby, in May of this year, who suggested that it may be appropriate to look at the location of the embassy. So some, perhaps, are open to a discussion but, clearly, not all. (Time expired)