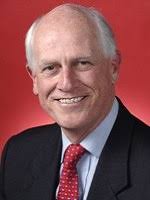 Questioned whether the Israeli government had made representations to Australia over Marrickville Council’s consideration of support for the BDS movement.

Can you tell me whether the Israeli government made any representation to the Australian government about the activities of the Marrickville Council in Sydney?

Senator TROOD: Can you tell me, Mr Stuart, whether the Israeli government made any representation to the Australian government about the activities of the Marrickville Council in Sydney?

Mr Stuart: I did answer that question in the last estimates. The answer is yes.

Senator TROOD: I beg your pardon; I missed that. There have been some developments since then, I think, haven’t there? Since then we have had the New South Wales election—

Senator TROOD: Yes. Have there been any further representations in relation to the activities of the Greens in the context of the state election of New South Wales?

Senator TROOD: And have there been any representations from Israel in relation to anything subsequent to the discussion we had?

Senator KROGER: I can recall the minister at the last estimates suggesting that it was not in the domain of the government to get involved with the local council.

Mr Richardson: I described the resolution by the council as ‘whacko’.

Senator KROGER: It was terrible.

Senator Conroy: I have a bit of information for Senator Abetz on a question he asked earlier. The minister responded via email, with assistance from his personal staff, in the following manner: The Australian government remains firmly committed to peace and security in the Middle East. On my recent visit to Israel and the Palestinian territories, I underlined to both sides Australia’s strong support for a negotiated two-state solution where Israel and a future Palestinian state live side by side in peace and security. Australia has consistently called on both sides to negotiate as a matter of urgency on final status issues and refrain from any actions, including settlement construction, which undermine confidence. While in the Palestinian territories last December, I announced $20 million in budget support for the Palestinian Authority to be delivered through the World Bank and an additional $18 million over three years to United Nations Relief and Works Agency for Palestinian refugees in the near east, bringing Australia’s total humanitarian and institutional building assistance to the PA and refugees to almost $150 million since 2007. Our new five-year development partnership with the PA commencing in July 2011 will include regular budget support, scholarships focusing on those disciplines crucial to institutional building and regular bilateral aid consultations. These announcements demonstrate Australia’s tangible support for a two-state solution and a viable future Palestinian state.

Senator ABETZ: You have read the whole email out to us?

Senator Conroy: I believe so, yes. I am happy if there is more to—

Senator ABETZ: Just so I did not mishear, there was nothing in that answer dissociating himself or the government from the BDS campaign; is that correct—the Boycott, Divestment and Sanctions?

Senator Conroy: I draw your attention to the Hansard from last time and Mr Richardson’s comment that it was ‘whacko’—

Senator ABETZ: No; in that email—that is all—I did not miss anything?

Senator Conroy: I have read you all that I have been given.

Senator ABETZ: That is a very sad reflection that Mr Rudd was not able to condemn, to his own state branch, that offensive campaign. But I thank you, Minister.

Senator Conroy: I reject that. That is a debate rather than a question, Senator.

Senator ABETZ: No, it is not, because the motion dealt specifically with BDS and, as is Mr Rudd’s wont so often, he is willing to talk about everything but the actual issue at hand. He failed to condemn the BDS resolution, which I think other people have described as ‘whacko’—

Senator Conroy: It is a bit late at night to have this debate, Senator Abetz.

Senator ABETZ: If it is so ‘whacko’, one wonders why he could not bring himself to say so in the email.