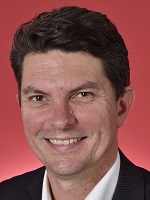 Questioned whether Australia is still committed to a two-state solution and sought clarification of Australia’s position on UN Security Council resolution No. 2334 which affirmed the illegality of Israeli settlements in the West Bank.

Senator LUDLAM: Can we have somebody from your Middle East and Africa desk. I have a couple of questions on Israel and Palestine and a couple on a human right situation in West Papua. We will do about seven and a half minutes on each. Senator Brandis, if I stray into policy development feel free to take the call. Can you confirm for us that the government still supports a two-state solution to the Israel-Palestine conflict?

Mr Neuhaus : Yes, I can confirm that.

Senator LUDLAM: Can you walk me through the government’s view of what a two-state solution looks like in practice?

Mr Neuhaus : In practice that is complicated because it is a matter for the two parties themselves to decide and we are not in any way proscriptive about how that may occur.

Senator LUDLAM: Does the government have a time line by which it would like to see some form of two-state solution achieved?

Mr Neuhaus : Of course we would like it as soon as possible but in practice the time line will be a long one.

Senator LUDLAM: I suspect you are right, unfortunately. In your view what are the barriers for moving forward and achieving such a two-state solution in that region?

Senator LUDLAM: But outside parties such as Australia can play a constructive role. I hope you would agree that we play a constructive role, for example, in the provision of our overseas development aid budget. We have participated in helping to enable negotiations between various parties. It is not like we have been sitting on the sidelines.

Mr Neuhaus : Absolutely. I hope we are playing a constructive role, that we do communicate with both parties and we encourage them to pursue this outcome which they, themselves, have over the years said that they want to achieve.

Senator LUDLAM: Let us go to one specific area where I would argue that there is probably something we can do. I would like to ask about the Australian government’s implementation of UN Security Council resolution No. 2334, which passed in December 2016. It reaffirmed that the Israeli settlements in the West Bank have no legal validity and constitute a flagrant violation under international law and an obstacle to peace. There is one such obstacle, according to the UN Security Council. The resolution called on all states to distinguish, in their relevant dealing, between the territory of the State of Israel and the territories occupied since 1967. Firstly, just to clarify the record, is it the view or the policy of the Australian government that these territories are, indeed, occupied?

Mr Neuhaus : I would wish to defer to Mr Bliss as acting senior legal adviser on that particular point because it raises legal issues.

Mr Bliss : Could you repeat the question please?

Senator LUDLAM: Is it the view of the Australian government that these territories are, in fact, occupied and that Israel’s behaviour since 1967 constitutes an occupation?

Senator LUDLAM: The resolution requests the Secretary-General to report to the council every three months on the implementation of the provision to the resolution. What steps, if any, has Australia taken in response to this resolution in differentiating between Israel and the occupied territories in our dealings?

Mr Neuhaus : If I may, Australia is not a member of the Security Council and was not involved in the initiative that produced that resolution. We take a position that we do not support one-sided resolutions targeting Israel, nor do we consider that those sorts of efforts bring the parties closer to the negotiated outcome.

Senator LUDLAM: Are you of the view that that resolution, unanimously, by the United Nations Security Council was one-sided?

Mr Neuhaus : For UN Security Council resolution No. 2334 that is the position that the government has taken.

Senator LUDLAM: Is that right? That is very interesting. In what way is it the government’s view that that resolution was one-sided?

Mr Neuhaus : That is a position that the Prime Minister and Foreign Minister, in commenting on the resolution, have expressed concern because they felt that it did not fully take account of both parties’ needs and in this case, particularly, Israel.

Senator LUDLAM: I note that you point out, quite correctly, that Australia was not a member of the Security Council at the time that resolution passed. We are, nonetheless, a paid-up member of the United Nations more broadly. Are you trying to imply there that the resolution should only be binding on those members of the UNSC that signed up to it, because that is not how I understood that institution to work?

Mr Neuhaus : And I am not seeking to imply that. We all know the force of UN Security Council resolutions.

Senator LUDLAM: What did the first of the Secretary-General’s reports find and was there an inclusion of Australia’s response to our obligations to this resolution? We do not just get to set aside the ones that we do not like.

Senator LUDLAM: I presume you are not seeking to imply that either.

Mr Neuhaus : I would have to take that question on notice and come back to you on that.

Senator LUDLAM: Do you know, off the top of your head—I get that you might not have it in front of you— whether there was a response by the Australian government?

Mr Neuhaus : I am not aware whether there has been any response as yet.

Senator LUDLAM: You have undertaken to take that on notice and I appreciate that.