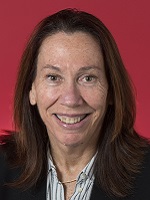 “This is not the first time Melissa has been attacked for highlighting human rights abuses experienced by the Palestinian people. Indeed, Senator Scarr quoted a disgraceful column penned by Herald Sun journalist James Campbell. Facing potential defamation proceedings, rather than assert the truth of their defamatory imputations, on 26 March 2020, the Herald apologised to Melissa for that article…”

Senator LINES (Western Australia—Deputy President and Chair of Committees) (17:50): I rise today to refute a statement made recently in this place by Senator Scarr, who sought to impugn the integrity of a former parliamentarian without any basis. On 3 February, Senator Scarr did not name the former federal member for Fremantle, Melissa Parke, but he precisely identified her nevertheless and proceeded to accuse her of telling vile lies about events that occurred when Melissa was working as a lawyer for the UN in Gaza in 2003. One of those events involved a Palestinian refugee woman being forced by an Israeli soldier to drink a bleach-like cleaning fluid. If the senator had been concerned about facts rather than about engaging in a smear campaign, he might have ascertained that the precise—

Senator Scarr: I raise a point of order, Mr President. I note that this speech contains an amazing similarity to a speech given by Senator Urquhart during the adjournment debate—

The PRESIDENT: Your point of order, Senator Scarr?

Senator Scarr: I’m not sure if duplication is a point of order, but I do wonder if Senator Lines is aware of that.

The PRESIDENT: I imagine second reading debates could fall foul of such a standing order.

Senator LINES: If the senator had been concerned about facts, rather than engaging in a smear campaign, he might have ascertained that the precise incident has indeed been reported in the Haaretz newspaper in Israel and here in Australia in The Age newspaper on 23 June 2003 under the headline ‘Soldier “made woman drink cleaning fluid”‘.

This is not the first time Melissa has been attacked for highlighting human rights abuses experienced by the Palestinian people. Indeed, Senator Scarr quoted a disgraceful column penned by Herald Sun journalist James Campbell. Facing potential defamation proceedings, rather than assert the truth of their defamatory imputations, on 26 March 2020, the Herald apologised to Melissa for that article and published a response from her titled ‘Criticism not same as racism’. Melissa has stated publicly, as anyone who has spent time in the occupied Palestinian territories can attest: ‘There is no need to invent atrocities. They are occurring on an almost daily basis.’ This was confirmed by respected Israeli human rights NGO Yesh Din late last year, when it stated:

… the crime against humanity of apartheid is being committed in the West Bank. The perpetrators are Israelis, and the victims are Palestinians.

Evidently Senator Scarr has never met and does not know Melissa Parke personally. But many others in this place do, from all sides of the political spectrum. Melissa has spent—

The PRESIDENT: I’m calling Senator Scarr to order. I was in the process of doing so, Senator Keneally. I wasn’t as successful as I’d hoped. Senator Scarr, you were heard in silence. Senator Lines.

Senator LINES: Melissa has spent her entire career, from her time as a sole solicitor in charge of a regional community legal centre and her work with the UN in some of the most difficult places on earth to her time as a parliamentarian, standing up for human rights and for the most vulnerable in our community. Melissa co-founded the UN Parliamentary Group with Queensland Liberal Senator Russell Trood, with whom she became good friends. Melissa was the co-recipient of the Alan Missen award for parliamentary integrity in 2013, together with Liberal MP Judy Moylan, with whom Melissa also enjoys a close friendship. Melissa is today an esteemed member of the UN group of eminent experts on Yemen, which is investigating violations of human rights by all parties to the war in Yemen. She and her colleagues recently briefed the UN Security Council about the human rights situation in Yemen. So, if you are going to accuse someone like this of not telling the truth, you had better have your facts straight.

The PRESIDENT: Order, Senator Scarr! There’s never an appropriate time for interjections like that, but you were heard in silence; I’ll ask you to return the favour to Senator Lines.

Senator LINES: Senator Scarr has sadly not made the effort, but I’m confident he would not repeat his defamatory statements outside of the parliament. Melissa Parke has asked me to read some final words from her: ‘Ultimately, resolution of the Palestine-Israel conflict will require everyone to take a step back and see the larger picture. What is the most desirable outcome here? I’m sure everyone can agree it is not a continuation of fear and hatred, of injustice and fighting, of suffering and loss. It is not a continuation of angry words and accusations of blame and smear. It is rather to agree that these two great peoples can live together in one land, as they have in centuries gone by, in peace and understanding, and in truth and equality. Equality and respect for the rights and dignity of all in one great state, including Palestinians and Israelis alike, without distinction of any kind, must be the basis upon which this longstanding conflict is resolved. That is my hope and the shared hope, I believe, of the many people of goodwill. Thank you in advance for all your efforts to bring this outcome into reality.’

I conclude by calling upon Senator Scarr to retract his disgraceful words and to make an apology to the Hon. Melissa Parke.