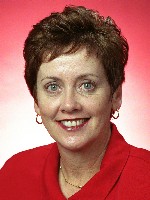 …in this case an abstention from the vote is not a wasted vote at all. It is a very important political statement and it reflects our unanimous position, over many, many years and many governments, that a two-state solution must be negotiated through a sensible outcome.

Senator STEPHENS (New South Wales) (15:17): I too rise to make a contribution to this debate and to take note of the answers given by Senator Bob Carr and Senator Wong to questions today. If I could follow on from where Senator Sinodinos left off, I do not think that there is one Australian who is not concerned about what is happening between Hamas and Israel. No-one could have turned on the television during those six days of horrible violence between those parties and not wanted some kind of a resolution.

But a question from Senator Barnaby Joyce in question time today was what really flummoxed me—to be asking the foreign minister about the importance of abstaining in this vote, as it comes up, for non-state status for Palestine. His rant actually became part of the question and, in a sense, it was oxymoronic. It defies belief that people would want to stand up and debate an issue like this while being so absolutely ignorant of the facts and having no understanding of what it is all about. Of course, abstaining is a political statement.

The notion that, because we have a seat on the Security Council, it means that abstaining is actually supporting Hamas’s position is a nonsense. First of all, the vote does not count as a veto, which is what some people would like us to believe is the case, so our position on the Security Council is totally irrelevant; and that means that in this case an abstention from the vote is not a wasted vote at all. It is a very important political statement and it reflects our unanimous position, over many, many years and many governments, that a two-state solution must be negotiated through a sensible outcome. Israel cannot, as Minister Bob Carr said and as Israel has argued, be bombed towards peace negotiations. It is such a nonsense.

Someone, in the interaction in question time, suggested that Senator Joyce needed to study UN resolution 101 to understand the issue. We have an unequivocal commitment on all sides of politics here to what is a very important position of a two-state solution, and statehood for Palestine can only be negotiated through a resolution that is negotiated between the two sides. So, as I say, abstaining is a valid option.

The conditions of the ceasefire agreement are actually quite important, not only for those who are concerned about Palestine and for the staged departure of some 60,000 Israeli troops who are deployed along the Gaza border, but there is also the need for a very serious commitment to not re-arming Hamas. Dealing with the whole tunnel industry that has become part and parcel of the Gaza Strip is a very significant issue and, unless those conditions can be agreed to, it will be very difficult for Israel to make any kind of agreement with a moderate Palestine authority. We are all very conscious that this is not a partisan issue; it is one that we all seek a resolution to. I would hope that the coalition’s position on this is not to undermine a peace process and a two-state solution.