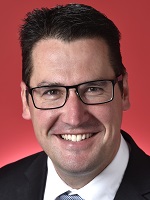 What is most alarming is that the vile and detestable Boycotts, Divestment and Sanctions Movement has made it seemingly acceptable for some to single out and attack members of the Jewish community.

Senator SESELJA (Australian Capital Territory) (18:50): I would like to bring to the attention of the Senate tonight recent reports in The Australian of anti-Semitic incidents at university O weeks around Australia, including at the Australian National University here in Canberra. They have included verbal and racial slurs as well as someone throwing a paper plane at the Jewish Students’ Association orientation week stall which said, ‘Death to the Zionist entity. Love from Hamas.’ There is another incident under investigation. A student at the University of New South Wales was harassed and verbally intimidated by two men for carrying an Australasian Union of Jewish Students bag, until a third party stepped in. This most recent abuse comes after research by the Executive Council of Australian Jewry found the number of anti-Semitic incidents reported had skyrocketed to the second highest on record. These attacks are to be condemned in the strongest terms.

What is most alarming is that the vile and detestable Boycotts, Divestment and Sanctions Movement has made it seemingly acceptable for some to single out and attack members of the Jewish community. This is a campaign in recent years that has seen activists boycott and harass Israeli linked businesses, including cosmetic companies Seacret, L’Oreal and Jericho, as well as Caterpillar, because its bulldozers are used by Israeli authorities.

This is a campaign that has been openly supported by some senators in this place and by a number of unions, including the Victorian Trades Hall Council; the South Coast Labor Council; various state branches of the ASU, the Teachers’ Union; LHMWU; CFMEU; MUA, branches of the AMWU; CEPU; ETU; FSU; HACSU; RTBU; the Geelong Trades Hall Council; Newcastle Trades and Labor Council; Queensland Council of Unions; and, importantly, Unions ACT. While the New South Wales Greens now equivocate about BDS the motion passed by them in 2011, shepherded through by Senator Lee Rhiannon, specifically said that the Greens of New South Wales call upon all Australians and the Australian government to:

This harassment and victimisation of Jewish people at these academic events were clearly a part of the BDS movement’s game plan and was specifically foreshadowed in the motion pushed through the New South Wales Greens State Council by Senator Rhiannon.

Time after time, coalition senators have come into this place to express deep concern about this movement and about the support it has had from the Greens and some Labor members and senators. But now that this has transcended to violence and threatening acts it is time for the Greens and Labor to join with the coalition to strongly oppose these vile actions. It is interesting that those who actively push for human rights and equality in parts of the left are some of the strongest backers of this movement. Interestingly, when you look at the treatment of gays and lesbians, and women, in Israel in comparison to other parts of the region, you see they get support from those who claim to be strong supporters of gay and lesbian rights and of women’s rights. It is also worth noting Canadian Prime Minister Stephen Harper’s comments, which sum things up reasonably well:

Those who scorn modernity, who loathe the liberty of others, and who hold the differences of peoples and cultures in contempt.

Those who often begin by hating the Jews. But, history shows us, end up hating anyone who is not them.

Those forces, which have threatened the state of Israel every single day of its existence, and which, today, as 9-11 graphically showed us, threaten us all.

The behaviour that we have seen most recently on university campuses but also in the community with vile attacks against Jewish Australians must be condemned in the strongest possible terms.

Tonight I call on both Senator Lee Rhiannon and Unions ACT to condemn these violent acts on university campuses that were clearly foreshadowed by the BDS movement, which they support. I also recognise the important work that the Community Security Group do in protecting Jewish Australians around the country.