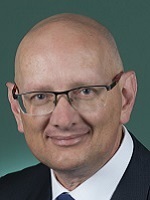 I do not really believe, at its heart, this BDS campaign is about economic pressure because of the inconsistencies I have raised. I think it is about, as someone said previously, demonising and vilifying Israel.

Mr NEUMANN (Blair) (12:42): We have seen enormous change in the Middle East: uprisings and aspirations for freedom, liberty and democracy in places like Tunisia, Libya and Egypt that I never thought I would see in my lifetime. There has been silence from so many people who were advocating the boycott, divestment and sanctions campaign in relation to the aspirations of people from the Middle East in Arab countries seeking the kind of liberty that we enjoy in this country. This campaign, initiated back in July 2005 by many Palestinian organisations, had a number of stated goals, but one of them was, of course, the end of what they say is Israel’s occupation and colonisation of all Arab lands. This is simply nonsense. What is happening here is some far-left groups selectively picking on a democratic country in the Middle East—namely Israel—for their own political agenda.

Israel, like Australia and a lot of other countries in the West, is not perfect. No nation in the world is perfect when it comes to the way it runs its economy or in terms of justice, equity and fairness. But Israel, for all its failings, faults and foibles, has been a great and consistent friend of Australia in the Middle East and in the Western world, standing up against the tyranny of communism and against dictatorship. So many people who have been advocating the boycott, divestment and sanctions campaign have been silent when authoritarian, fascist and communist regimes in Asia and Africa—terrible regimes like that of North Korea, for example—have been perpetrating terrible iniquities upon their people. They have been silent because they have been selective. There is also a certain selectivity of economic consequence. For example, many Palestinian people work with and for Israeli businesses. There is significant trade, commerce and intercourse between the West Bank and the state of Israel, but I do not see the boycott, divestment and sanctions movement picketing Israeli businesses in Israel or in the West Bank, guarding the portal saying, ‘Don’t go across there; don’t work for Israeli businesses.’

There is a real sense of hypocrisy here in relation to this particular campaign. The Australian government has been absolutely consistent in being committed to peace and security in the Middle East and in supporting progress. We have been vigorous in supporting humanitarian efforts and in institution-building assistance. Since 2007 this federal Labor government has provided nearly $170 million in assistance to the Palestinian Authority and refugees. In fact, we are the 10th-largest donor to the United Nations Relief and Works Agency for Palestinian Refugees in the area. We have a good and consistent record, and I concede that on both sides of politics there has been bipartisan support for the state of Israel. Australians are friends of Israel, and after World War II we took about 35,000 people from a Jewish background who were fleeing Europe and the terrible holocaust of the Nazi dictatorship in Germany.

I recently read a biography on Dietrich Bonhoeffer, a wonderful, great German theologian who, two days after Hitler came to power, was on national radio denouncing the Nazi regime and Hitler. But they cut him off while he was speaking. He was like the spiritual person or mentor to the Valkyrie attempt to get rid of Hitler. As I was reading the book I was struck by the correlation, if I can put it that way, between what happened to the Jewish people in Germany and what seems to be advocated here. No-one says that you cannot engage in lawful protest and no-one says that you cannot go about saying that you disagree with the political stance of a business, an individual or an institution. But you cannot go around preventing people from going about their lawful business or preventing people from being patrons of a store such as Max Brenner. To engage in the kind of thuggery we saw in Melbourne, where 19 people were arrested and three police officers were injured, is a disgrace. In fact the BDS campaigners deserve all the criticism that was levelled at them in relation to that particular event.

The member for Melbourne Ports asked me, along with the Deputy Prime Minister and the member for Oxley, to come to Max Brenner in Brisbane. I was very happy to stand with him—and I have to say that the hot chocolate was pretty good that night. I was there in Brisbane on 28 August—

Mr NEUMANN: It was a very big crowd indeed; I agree, and I commend the member for Melbourne Ports for his advocacy on this issue. Also present at the chocolate shop was the Ipswich mayor, Paul Pisasale. Paul is very good when it comes to being in the media—I accept that—but Paul also has had a very strong hand and consistent position on this issue. The Chamber of Commerce and the Ipswich City Council have also had a lot of dealings with businesses in Israel and have been very strong advocates, as have the member for Oxley and I, because we believe that Israel is a good friend of Australia and that Australia is a good friend of Israel.

It is not just the selectivity of these campaigners and their far left Green agenda they seem to be pushing; they seem to be protesting against businesses like Revlon and Westfield for tangential reasons. I was happy to be at what I would describe as the counter protest. It was a lawful, peaceful protest, drinking chocolate, and I know a number of members of both sides of the House were at various locations in Melbourne, Sydney and Brisbane. I note that there has been criticism of what has gone on. In October 2011, Izzat Abdulhadi, Head of the General Delegation of Palestine to Australia said that he is against the full-scale BDS campaign. In particular, he expressed his frustration, if not anger, at the violent protest at the Max Brenner stores in Australia. He said:

BDS is a non-violent process and I don’t think it is the right of anybody to use BDS as a violent action or to prevent people from buying from any place.

In the 21st century there is no place for targeting businesses in this country that have a tangential impact with what I would call ‘Jewishness’ in the Australian economy or in Australia’s community life. This challenges our ethics, values and morals in this country, and what we think about democracy and liberty. I know a number of Labor politicians, Labor union leaders and Labor identities have been involved in standing against the BDS campaign: Warren Mundine, a former president of the Australian Labor Party; and Paul Howes, the general secretary of the Australian Workers Union. We also saw the Foreign Minister Kevin Rudd involved. I applaud them for standing up for liberty, democracy and the right of a business to go about its lawful activities.

I do not really believe, at its heart, this BDS campaign is about economic pressure because of the inconsistencies I have raised. I think it is about, as someone said previously, demonising and vilifying Israel. I agree with the member for Higgins about the anti-Semitic aspects of some of these campaigns; I am worried about that too. I note Senator Bob Brown has distanced himself somewhat. But this stance is still being advocated by the New South Wales Greens. It was only fairly recently the Marrickville Council in Sydney overturned its sanctions against Israel. What does a council have to do with it? It should be engaged in roads, rats and rubbish, in my view. That would make a lot more sense to the people who live in that particular region than sanctions becoming a political stance. I think it is important that we say this. The union leader Paul Howes summed it up brilliantly and succinctly when he said:

I think he is absolutely correct. I would call on the Greens leader Bob Brown to distance himself from the BDS campaign in a strong way and sanction Greens senator Lee Rhiannon, who previously backed this particular campaign. I think we need to take a stand. I applaud the member for Curtin but I disagree with her comments on the trade union movement. (Time expired)