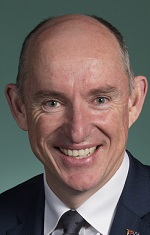 What is in debate is the manner and approach by which this government took this decision. That is what the debate is about today—the shambolic, dishonest and broken-promise approach that has been taken.

Mr ROBERT (Fadden) (16:24): The reason this matter is of such importance to the House today is not because the government has changed its mind. Governments are able to do that. The government of the day are elected and duly able to make decisions they believe are in the national interest, and that is not in discussion nor in debate. What is in debate is the manner and approach by which this government took this decision. That is what the debate is about today—the shambolic, dishonest and broken-promise approach that has been taken.

Personally and passionately, I believe the State of Israel has the right to exist in peace within secure borders, with Jerusalem as its indivisible, eternal capital. That is my view. The previous government took the view, as given by then Prime Minister Morrison on 18 December in a speech to the Sydney Institute, that Australia would recognise West Jerusalem as the capital of Israel. West Jerusalem is not in contention, having been part of the State of Israel since its foundation. Mr Morrison, the member for Cook, said the announcement followed a review by the secretaries of the Department of the Prime Minister and Cabinet, Foreign Affairs and Trade, Defence and Home Affairs, which included consultation with community representatives, former heads of relevant agencies, and Australia’s international allies and partners. That is who was consulted in the government making a lawful decision. The starting points for the review were our commitment to a two-state solution and meeting all of our obligations under international law. The review team’s recommendations were considered by the National Security Committee of cabinet, and the NSC’s decision was confirmed by cabinet. On 18 December, Australia briefed allies and nations on the decision. Subsequently, in March 2019, Australia opened a new Australian Trade and Defence Office in West Jerusalem.

That is the process the former government took to making a major foreign policy decision—as all governments are entitled to do—which begs the question: what process did this government embark on to make a decision? I am not, and this parliament is not, criticising the capacity to make a decision. We’re not questioning whether the government have the right to make it. They are the elected government of the day. But the process and the shambolic approach to how it was made is extraordinary, notwithstanding that I think the decision is poor on so many levels.

If we step through how the decision was made, the shambolic nature of it and the contrived sop to the Left become self-evident. Prior to the election, senior Labor members of parliament assured concerned stakeholders that there was no difference in position between the government and the opposition. Indeed, the member for Isaacs, the Attorney-General, on 6 March said that across domestic politics Australia ‘spoke with one voice’. The member for Macnamara on 18 March said Australia’s Jewish community should feel proud that its interest would be safeguarded, ‘irrespective of who forms government’. Then, on 17 October, there were media reports that the Department of Foreign Affairs website had removed references to the recognition of West Jerusalem, and we had the Assistant Minister for Foreign Affairs coming in and saying it was an administrative error. It’d be one of the first I’ve seen DFAT to make publicly, but let’s run with ‘administrative error’, shall we? On 17 October a spokesperson for the foreign minister told media:

The former Government made a decision to recognise West Jerusalem … No decision to change that has been made by the government.

Really? So the Department of Foreign Affairs, of its own volition, decided, on one of the more contentious issues, that it would change the website prior to the foreign minister saying no decision had been made? And those opposite expect the Australian people to believe that rubbish? It’s absolute and utter nonsense!

Stakeholders, including the Australian Jewish community and Israel’s Ambassador to Australia, were also assured on the same day—apparently when DFAT was on a frolic—that there would be no change. Then, in less than 24 hours, on 18 October, the foreign minister announced at a press conference that Australia would reverse the decision. The announcement occurred just prior to the budget, on a Jewish holiday, just two weeks out from a heavily contested Israeli election. There was no consultation with communities and no consultation with allies and partners. The Israeli Ambassador to Australia and Israel’s government found out about the announcement from the media. That is what this discussion is about—the shambolic, appalling and pathetic nature of the way in which this decision was made.