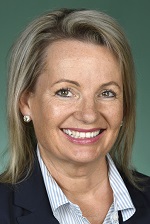 I support the Palestinian bid for statehood in part because it will give heart to the ordinary people of the West Bank and Gaza. There is a flurry of diplomatic activity in the region designed to make sure the statehood bid stalls. I do not know whether those measures will succeed or fail, but I do know that, whatever the fate of the bid, we in the international community must stand in solidarity with those seeking the non-violent path to a secure Israel and an independent Palestine.

Ms LEY (Farrer) (22:08): In four days time the Palestinians will take their case for statehood to the United Nations Security Council in New York. Democracy is sweeping the Middle East, and our sympathy for the Tunisians, Egyptians and Libyans must surely embrace the Palestinians, who seek only to be citizens in their own country. Earlier this year I spent 10 days in the occupied West Bank as the co-chair of the parliament’s Friends of Palestine. I joined a group of colleagues on a visit to this ancient place and want the House to be aware of what we saw, touched and felt. While the eyewitness may misunderstand, we at least have the benefit of a view unfiltered by media other than our own imperfect wisdom.

We met with the Palestinian Authority, non-government organisations, churches and very many ordinary Israelis and Palestinians at their homes, businesses, farms and on the street. The presentation of the Palestinian case to the UN is their Arab Spring. It comes with no threat of violence. As Prime Minister Salam Fayyad said to us in Ramallah: ‘The doctrine of non-violence is the path of freedom. I believe in the transformative power of non-violence to inspire people to rebuild.’ President Abbas has insisted that this bid for statehood in no way delegitimises Israel. Indeed, I see it as renewing rather than bypassing the negotiations. Israel’s concern that the Arab uprisings are causing the region to become more unfriendly is in danger of becoming self-fulfilling. The infant Arab states are right to expect genuine moves towards a two-state solution. I do not believe a secure Israel will be achieved in spite of a viable Palestinian state; I believe that it cannot be achieved without one.

In the West Bank I found a leadership exhausted by the occupation, the ongoing arguments with Hamas, the US brokered peace process that has no process and the demands of a population wanting tangible improvements to their everyday lives. The occupation is transforming Israelis and Palestinians into something they are not. Breaking the Silence publishes the testimonies of Israeli soldiers. Its spokesperson, Yehuda Shaul, told me without emotion, ‘When you place a teenage soldier with a gun at a checkpoint, there are consequences.’ The people are exhausted, too, from the checkpoints, permits, lockdowns, home demolitions and the relentless expansion of settlements.

The Anglican Bishop of Jerusalem told us the government had cancelled his residency permit in spite of family connections dating back to the British Mandate. I met my World Vision foster child in the village of Nahalin, surrounded by encroaching settlements, and stood in the treeless playground amongst the falling-down classrooms and tired soccer balls, looking just across the gully at the settlement school with its modern buildings and latest equipment. Visiting the settlement of Ma’ale Adumim, as I did high on a hill near Jerusalem, inside the West Bank on Palestinian land, the outlook is serene. The Jewish residents travel on Israeli-only roads straight to Tel Aviv and cannot even see the second road network or the villages hidden in the valley below. It is as if the Palestinians have been airbrushed out of existence.

It is a curious thing to see a donkey pulling a one-furrow plough in the midst of Israel’s dazzling technical innovation. One tries to make sense of foreign aid providing a couple of beehives for a cottage industry in honey when a few kilometres away hydrologists from across the earth travel to witness Israel’s capital-intensive achievements in hydroponics. If you could only combine the technology, research and institutions of the state of Israel with the energy of the Palestinian people, the world would see a powerhouse of productivity.

As I return to my rural electorate, I will recall the farmers we met who have been chased off their land and livelihood by illegal settlers and are now mendicant aid recipients. Many among the Jewish community share a real concern for their welfare, and I wish to pay tribute to the amazing Rabbis for Human Rights. I support the Palestinian bid for statehood in part because it will give heart to the ordinary people of the West Bank and Gaza. There is a flurry of diplomatic activity in the region designed to make sure the statehood bid stalls. I do not know whether those measures will succeed or fail, but I do know that, whatever the fate of the bid, we in the international community must stand in solidarity with those seeking the non-violent path to a secure Israel and an independent Palestine. After two generations of strife and war, are we going to admit to our children that their parents could not even find a path to peace or, worse still, that we did not even try?