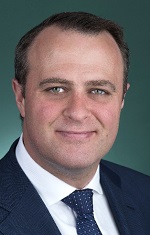 Many people, including members of this chamber, will have been on J-AIR to talk about the issues that affect the Australian Jewish community. I myself have been on many times, talking to the Jewish community about important issues like free speech and why that’s central for a liberal democracy, as well as updates in this chamber and our important relationship with one of our most allies, Israel.

(a) the Jewish Australian Internet Radio (J-AIR) is an outstanding broadcasting service that brings together Jewish culture, news, analysis, music, comedy, personalities and performers for audiences in Melbourne and through the internet;

(b) since 2014, the volunteers at J-AIR have worked tirelessly to give Jewish people a voice and provide awareness of the ongoing safety and security challenges faced by Melbourne’s Jewish community;

(c) as demonstrated by the 2019 Executive Council of Australian Jewry report, the character of anti-Semitism has worsened in Australia and services like J-AIR play a crucial security role;

(d) J-AIR has begun working closely with the Community Security Group (CSG) to combat the rise of anti-Semitism and ensure the safety and security of the Jewish community in Victoria; and

(e) the absence of a community broadcasting licence limits the capacity of J-AIR to fulfil these critical functions; and

(2) calls on the Australian Communications and Media Authority to consider the new relationship with the CSG and allocate J-AIR a community broadcasting licence in the Melbourne Radio Licence Area.

J-AIR is one of the most important social institutions in Melbourne’s Jewish community. It’s an incredibly important part of the social fabric because it provides many Jewish Australians in our community, across Australia and overseas through the internet with the opportunity to directly hear about the issues that affect Jewish Australians. It is particularly important for those who may not have access to newspapers like The Australian Jewish News, so they can be aware of updates and events that make sure that Australia’s Jewish community is well represented and well heard. It’s an incredibly important part of the social fabric of the Jewish community because it provides an opportunity where people can hear those voices.

It started in 2014, when J-AIR Founder Rob Bontschek and a dedicated group of volunteers built the station from the ground up. Since going to air in 2014, J-AIR has been transmitting on 87.8 megahertz, a low-power narrowcasting station from the Glen Eira Town Hall, and is an authorised user from a third party. Over time it has been consistently successful in delivering and achieving aspirations and its goals. There have been a number of important community organisations that have a direct relationship with J-AIR to get to the issues that affect Melbourne’s Jewish community out to the community. These include the Jewish Community Council of Victoria, the Executive Council of Australian Jewry, the community service group of Victoria, the Zionist Federation, Zionism Victoria, United Israel Appeal, the Jewish National Fund, Magen David Adom, Maccabi Victoria and Bialik College, amongst many. Of course it has received significant community financial support, including from the Bendigo Bank foundation, the Besen Family Foundation, the City of Glen Eira, Peachtree Capital and River Capital.

Many people, including members of this chamber, will have been on J-AIR to talk about the issues that affect the Australian Jewish community. I myself have been on many times, talking to the Jewish community about important issues like free speech and why that’s central for a liberal democracy, as well as updates in this chamber and our important relationship with one of our most allies, Israel.

But one of the challenges that J-AIR has always faced has been around access to spectrum to be able to broadcast Jewish culture into the Australian context through a proper broadcast medium. They have constantly and unsuccessfully lobbied ACMA and regulators to make sure that they have access to spectrum to have a permanent home. Since then, it’s been facing challenges around whether it’s going to be able to receive the spectrum so that it can make sure it continues to broadcast to the general community. This poses challenges not just because of issues of reach but because of the viability of the station itself.

Once the broadcast spectrum issue is satisfactorily resolved with the help of ACMA, J-AIR may be in a position to continue to provide services into the future. I am very happy to see the member for Macnamara and the member for Higgins, amongst others, in the chamber. They are all supporting this push to make sure that J-AIR has a permanent spectrum home, because it will enable it to continue its important and vital work for the community.

Of course, there are options available to ACMA. Only recently, since January 2020, Western Radio Broadcasters Inc. surrendered its licence to provide a long-term broadcasting service in that community. Consequently, 97.4 MHz frequency has become available in Melbourne’s west, RA1 licence area. ACMA, of course, is considering what they are going to do with this licence. It would provide an avenue and an opportunity to enable J-AIR to find a permanent home. It isn’t a perfect solution, but it might be part of a sustainable solution into the future—because making sure that every part of our community is represented in the media and that people have an avenue and an opportunity for their voices to be heard is critical.

Australia’s community is blessed and enriched by the incredible Jewish heritage and culture traditions that inform the fullness of the Australian way of life. J-AIR provides a critical role as part of that rich social fabric so that Jewish Australians can hear the voices and the issues of concern to them. I’m very proud to represent the third-largest Jewish community in Australia, divided between Macnamara and Goldstein as well as Higgins. We’re very proud to support this important community organisation, to support its ongoing broadcasting to support our fellow Australians.

The DEPUTY SPEAKER ( Ms Vamvakinou ): Is there a seconder for the motion?

Mr van Manen: I second the motion and reserve my right to speak.