A Life of Edward Said 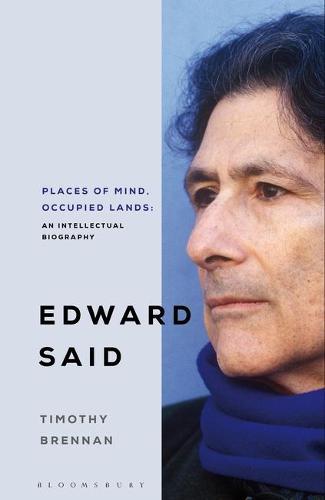 A key contributor to the Palestinian cause and, more broadly, to the field of post-colonial studies, Said’s legacy, like much in his life, remains contested. To his credit, the author of this biography does not shy away from sampling these controversies. Almost from the beginning, the reader finds achievement and contradiction cart-wheeling across this 437 page text.

Having mostly grown-up in Cairo, Said experienced a privileged youth as the only son of a well-to-do Palestinian family. In his late teens he immigrated to the USA to undertake a privileged education (Princeton; Harvard) before commencing a career in the rarefied field of literacy criticism at New York’s Columbia University. Once established in thoroughly upper-class Manhattan, what did he do? He began to author influential, even incendiary, books that eviscerated imperialism. Fair to say, Said’s published output, like his public advocacy as a prominent intellectual, mobilized opposition to the injustices inflicted on Palestine and, more broadly, the third world.

Said sparked controversy. With the world renowned conductor Daniel Barenboim, Said co-founded the West-Eastern Divan Orchestra – a ground-breaking Palestinian-Israeli youth ensemble that the BDS movement inevitably targeted for normalizing relations with an apartheid state. Said’s conflictual status is particularly apparent in Brennan’s claim that Said was a ‘persona non grata with the Palestinian Authority’ whilst being ‘by far the most prominent international spokesperson for the cause.’

How well does Brennan engage with, and make sense of, so much ambiguity and achievement? Given Said was an astonishingly learned figure, a scholar-activist whose views evolved over half a century, it follows that, if Brennan does a thorough job, a good deal will be expected of the reader. No disappointments here. The bill of fare is anything but easily consumed.

In the preface Brennan states his book is an ‘intellectual biography.’ 67 pages of endnotes, references and bibliography, in addition to a flawlessly inclusive subject/author index, seem to warrant this ambition. Less successfully, Brennan progressively stacks an enormous number of ideational sources one on top of the other. Each is said to be a standalone ‘major influence’ yet, in reality, not all these inputs are additive. To misuse a term from logic, Brennan argues by incompatible assertions. That Brennan introduces, and more or less summarizes, in the order of a 100 relevant authors necessarily makes a conceptually coherent account difficult to realize. Maybe, less would have been more.

The dust-jacket asserts the book is a ‘comprehensive biography.’ If judged against this aim, what is offered is more a bust than a must. Two points particularly come to mind. First, the book repetitively re-cycles the anglo-normative cliché that a possessive mother and a distant dad was the root of Said’s lifelong ‘agony.’ This is a tired, universal diagnosis for intra-physic malady. Second, Said’s personal behaviour tends to get a free pass.

For example, he had a decades long affair yet Brennan does not question this promiscuity or its consequences; his relationship with the Lebanese author Dominique Edde is only mentioned in passing as a ‘brief fling’ so as not to disrupt the preferred account of Said as a loyal family man. Later, one reads ‘He escaped to Cairo for three weeks … to get away from family distractions and to have the peace of mind to work on (his) memoir.’ Similarly, Brennan notes many instances where Said was two-faced, yet makes no critical comment. The biographer prefers to euphemistically describe these behaviours as ‘cagey.’

An all-in biography would have been less hagiographic. Without doubt, Said was a hugely significant figure who deserves to be properly acknowledged and evaluated. And, as a serious account this book pulls-up short in balancing recognition with appraisal. Quite possibly, Brennan’s position as an official, perhaps even commissioned, biographer might have inhibited his ability to be critical as much as his admiration might have dulled his judgment.

An authorized biographer has advantages. In this case Brennan had access to the Said estate’s (apparently enormous) trove of letters, notes and manuscripts. One assumes, there was also contact with many living family members. More problematic, an official status tends to condition what an author might consider and present to the reader. A degree of self-censorship would be understandable so that some matters might feel too sensitive to bring-up or dwell upon. It is also possible the text was subject to process of vetting.

Criticisms noted, a brief review is unable to document what should be acknowledged in this book. Simply put, tough work that it was, I learned a great deal. So many words, names and theories were new. Much of what I learned related to the multi-dimensional tour one is taken on: Said’s cross-cultural world inter-animated literature, literary criticism, critical theory, post-colonialism, philosophy, music and activism. That it also included many of the key figures who were prominent in these domains over the final decades of the twentieth century also adds an extra interest. Bubbling about as a vicarious participant in this wellspring was often quite a buzz.