Among the Almond Trees: A Palestinian Memoir 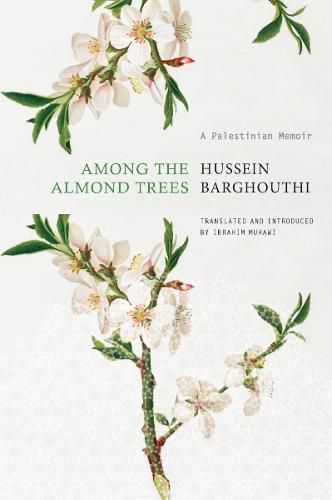 Author: Hussein Bargouthi (translated with an introduction by Ibrahim Muhawi)

The translator of this beautiful book calls it a memoir. The author’s son, Àthar, says it is an autobiography. It seems both a meditative memoir and an autobiography written by Hussein Barghouthi (1954-2002), as he faced death from cancer while still in his forties. The almond trees in the Palestinian village of his birth provide the setting for his reflective narrative.

Barghouthi says he has perfected beginnings but not endings, births but not deaths. To be buried under an almond tree in the orchard planted by his father will, he believes, ensure that the end of this particular life-cycle will be closer to metamorphosis than termination – rebirth, resurrection, reincarnation. In his search for the city of his name, he will merge into “The Mountain”, a large nearby hill on which the Inner Monastery sits. It is the real landscape and spiritual focus of the book. This strange and sublime address frames the author’s concept of visionary time.

While death is his concern, whether imperfect or preordained, the complex concept of time is his abiding focus. In this engagement, there is a recurrent contemplation of beginnings and endings, of images of light and dark. Yet, however much movement there is between these states, what is perennial does not alter. Time becomes timelessness. In this reverie Barghouthi’s narrative goes back and forth to link the old, even the ancient, to his current state in what he terms biographical time. Much of the action of the book takes place at night where, in one sense, darkness and night might be equated with death, but at a deeper level, the very magic of night cues the author’s childhood memories. Here in subjective time are the stories of life told by his mother usually in the evening, interwoven with family history and Palestinian folk tales.

In the opening pages he is in a Ramallah hospital as an ‘ordinary sick person’ suspended in a limbo between the upper floor obstetric ward, a place of new birth and the morgue on the lower floor. Real time is during the Second Intafada, when wounded young men and martyrs arrive daily. Barthouthi is a shadow like those he encounters in his moonlight walks in the almond orchard where he encounters curious foxes, dancing gazelles, a strange little cat, a weasel, wild boars and a small badger called a ghreriya. These walks are a little like those of American poet, Ted Kooser, whose Winter Morning Walks, poems about his pre-dawn walks, were written while recovering from cancer treatment. One Thousand and One Nights, the most famous fictional work in Arabic, is framed by night. Daylight can be seen as resurrection.

Barghouthi’s evocations of light are very fine, the moon as silver, blue or red, the gold of a lantern or the quick flaring of a match. Descriptions are lyrical even when relating to what is depressing – the bright white lights of the cancer clinic or the faint red of the hospital corridor; menace in the halogen lights of Israeli settlements; or even outrage felt at the sight of ancient olive groves being burned by settlers. (3) All serve to literally illuminate the text.

Ruminations on heroes of the past and examples of the mythology of Ancient Egypt, the Arab World and the Levant serve to blur time. He sees himself as Alexander of Macedon in reverse, a man from the Middle East who has spent 30 years in Europe and the USA, returning as a cosmopolitan writer and philosopher. The book is not strictly poetry but is the work of a great poet who quotes many others both modern and ancient, particularly Mahmoud Darwish (1941-2008) who used Palestine as a metaphor for the loss of Eden and of birth, and resurrection.

Barghouthi seems to believe that death will render him no longer himself but in the reincarnate form of a child. In this eternal cycle, he becomes his son and his son will become him. From Àthar’s first utterance and extraordinarily sophisticated speech from an incredibly early age, perhaps the reincarnation had already begun before Hussein’s death, during his search for the child prophet hidden within him.

(An honest admission. My criterion for choosing Among the Almond Trees for review, was its brevity. Yes, it is a short book but without Ibrahim Muhawi’s introduction and notes, I would not have been able to plum its depths, if indeed I have. It is magnificent and though as a non-Arabic speaker, how can I really say, the translation is also wonderful. In this space I cannot deal with many fascinating themes but I urge you to read this beautiful and important book.)