The beauty of your face 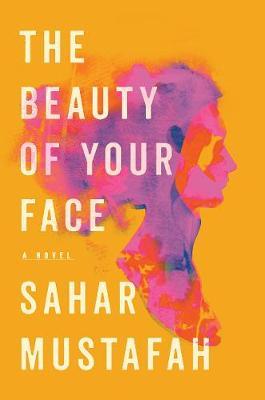 It is no spoiler to reveal that within the first short chapter, one is plunged into a school shooting. The tension this engenders is beautifully if horrifically sustained throughout, the denouement coming shortly before the book’s conclusion.

The untold suffering of displaced people whether officially termed refugees or not, is easily recognisable as loss – of identity, cultural framework, relationships and understanding.

All this marked the Rahman family of three arriving in the USA in the early 1960s.  Two children, Afaf and Majeed, have been born since, but the disappearance of the elder teenage daughter, Nada, is devastating, fracturing the family’s already fragile balance.

The woman encountered at the outset, is principal of Nurrideen School for Girls.  Now the middle-aged mother of three, she was ten-year-old Afaf, in many ways stranded by her sister’s disappearance.  She is at afternoon prayer in a tiny cupboard-sized room, once the confessional in the school’s former identity as a Benedictine convent.  Buildings transform in the same way as some of the novel’s characters.

Afaf was not brought up to pray and whilst her struggle with faith has been self-transforming, Islam’s

embrace has not brought redemption for all the family.  Rather, it further destabilises the sad little family unit.  Coming face to face with the shooter is a further wrestle with faith.  Remaining unnamed despite some exploration of his background, he recognises the earlier identity of the prayer room from his Catholic childhood, a lifetime before his current persona as one consumed by demented prejudice, radicalised by on-line right-wing white nationalists.  America seems almost as divided as the Palestinian homeland.

Scenes at the school occupy fewer pages than Afaf’s memories of earlier years – the bigotry and racial vilification endured as a child, the mother she can never please who slowly loses her mind as she yearns for Palestine and escape from Nada’s disappearance – her own vanishing.  The shooter has achieved disappearance from his own family, copying his brother’s example.  Loss of identity is essentially disappearance and even Afaf’s decision to wear a headscarf might be viewed as a form of disappearance; an abandonment of sorts and a transformation.

Destiny is another powerful theme throughout – naseeb to explain the unexplainable, to accept what appears to be completely unacceptable.  But to use the idea of destiny to perform appalling acts seems a double-deal on deceit.

An Arabic glossary would have been useful but despite the tragedy, the book, a fast read, is not entirely grim, with glimmers of humour here and there.  “The beauty of your face” is a line from a Bosnian folk song, a lullaby sung tenderly for Afaf’s children by their grandmother, Baba’s oud music is sweet, Afaf finds dear friendships, genuine community, warmth and eventually love. There is forgiveness, optimism, and hope for redemption.