Commemorating the Nakba, or Catastrophe 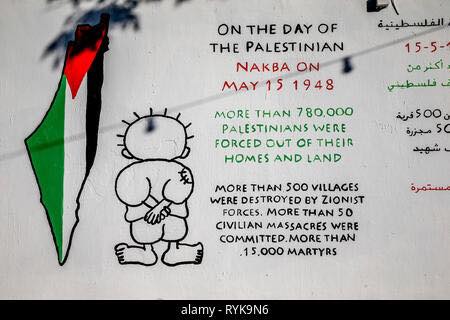 Hosted by: Friends of Palestine Tasmania -

On 15 May 1948, the beginnings of the state of Israel resulted in more than 700,000 Palestinians being forcibly removed from their homes and lands to become internally displaced or refugees in neighbouring countries. Palestinians call this the Nakba – or the catastrophe. In 1967, an additional 300,000 Palestinians became refugees, some for the second time.

Palestinians remaining in what became Israel, now live largely as ‘second class’ citizens with 65 basic laws discriminating against them.