The Trump administration’s proposal for Palestine and Israel is not a ‘deal’ – it was put together solely between Israel and the USA. The proposal accedes to almost every Israeli demand. Palestine is only offered the possibility of limited sovereignty over fractured pieces of land, but remaining under Israeli control.

Released in June 2019 as part of the Bahrain ‘peace to prosperity’ workshop.

Released in January 2020 by President Trump in a press conference with Israeli Prime Minister Netanyahu.

The proposal is to deliver Israel 30% of the West Bank, including the fertile Jordan Valley.  While it proposes a Palestinian State, the conditions and restrictions render such a state unviable.  There is no self-determination, no independence and Palestinians would be subject to total Israeli control – in perpetuity.

Details of the proposal

Reduces a potential state to 15% of historic Palestine.

Any Palestinian State needs to be negotiated with Israel and has many preconditions.

No territorial contiguity is offered between West Bank and Gaza (with just a rail or road connection). Sections of the West Bank are physically separated and only connected by roads passing through what is proposed to be Israeli territory.

Israel is to retain monitoring over Palestinians’ very limited external borders and access to ports.

A Palestinian seaport and small airport possible after five years, again with many conditions and Israel retaining sovereignty over waters.

Allows Israel to annex West Bank land which has Israeli settlements, allowing all settlers to remain.

Allows Israel to annex the whole of the Jordan Valley, which constitutes a whole third of the West Bank and the most important agricultural land.

A Palestinian State would receive territory, mostly desert, near Gaza to compensate for the loss of West Bank land.

The possibility of stripping Israeli citizenship from up to 300,000 Palestinian citizens of Israel who live in ten towns north east of Tel Aviv, with those towns and their residents being included in any future State of Palestine.

Dismisses UN mandated Palestinian Right of Return as a foundation for refugee rights.

Will not allow any Palestinian to return to what would be Israel.

Palestinian refugees seeking to return to Palestine would be vetted by ‘trustees’ that the US would jointly appoint.

Assumption appears to be that most refugees would be settled outside Palestine. A compensation fund to be established with US jointly appointing trustees.

While negotiations are underway, it requires

Palestine not to “attempt to join any international organization without the consent of the State of Israel”, not take any action in the International Court of Justice or other tribunals, and take no legal action against any Israeli or US citizen before Interpol or any international legal system.

Israel not to expand settlements, or demolish Palestinian property outside of the areas stipulated to become part of Israel.

Palestinians not to make welfare payments to Palestinian prisoners or their families. 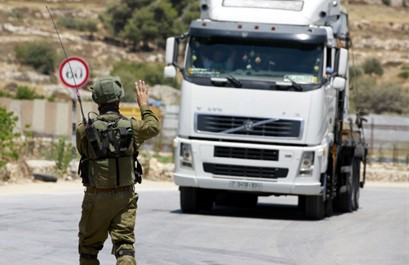