“A decision by the Australian government to proscribe the entirety of Hamas as a terrorist organisation has been condemed by experts, who say the move could have disastrous consequences for Palestinians,” writes Eden Gillespie.

Experts are concerned that designating the entirety of Hamas as a terrorist organisation will make life harder for Gazans and sweep up ordinary Palestinians and Australians in counterterrorism laws.

A decision by the Australian government to proscribe the entirety of Hamas as a terrorist organisation has been condemed by experts, who say the move could have disastrous consequences for Palestinians.

The military wing of Hamas – The Brigades – was first listed by Australia as a terrorist organisation in 2003.

The federal government has now joined the United Kingdom, the United States, Israel and others in extending the designation to the group’s political branch.

Dr Ben Saul, an advisor to the United Nations and Professor of International Law at the University of Sydney, described the move as “broad and excessive”.

Dr Saul said the incremental counterterrorism benefit of the decision is massively outweighed by the costs borne by Gazans facing a humanitarian crisis, including food and water shortages and restrictions in medical care.

“The designation ultimately punishes two million Palestinian civilians who rely on Hamas as their as the government,” Dr Saul told SBS News.

“The Australian law is saying that anyone who provides support, funding, training or assistance to the Hamas public administration, even… to help civilians in Gaza, is breaking Australian counterterrorism laws.” Hamas is a Palestinian political and militant movement based in the West Bank and Gaza Strip that opposes Israel’s claim to these areas and is dedicated to the establishment of an independent state.

Hamas – or the ‘Islamic Resistance Movement’ – is the de facto ruler of the Gaza Strip, which has a population of two million people.

Gaza has been under a naval and land blockade since 2007 by Israel, which controls who and what gets in and out of the area.

Dr Saul said the move could mean anyone who works for the Hamas government, including street sweepers, teachers and nurses, would be considered as terrorists under Australian law.

“You also indirectly punish everybody who relies on the government for basic social services.

“And you also criminalise anyone in Australia who wishes to provide humanitarian relief or support to friends and family in Gaza.”

Dr Saul said the decision will complicate the work of humanitarian workers and charities who may fear being swept up in the counterterrorism laws.

“That sends a very strong deterrent message not to get involved in supporting ordinary people in Palestine,” he said. 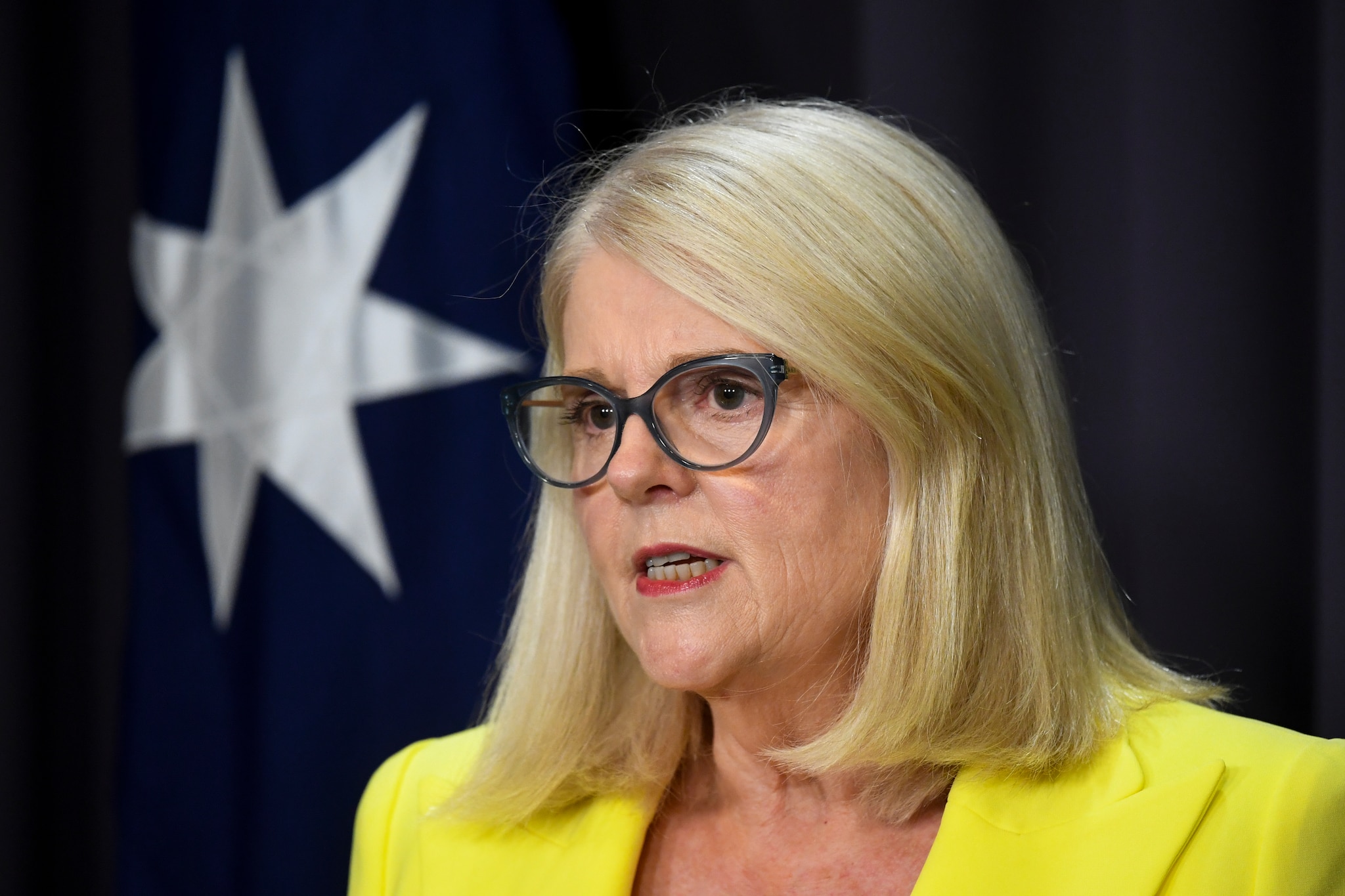 Home Affairs Minister Karen Andrews said the decision has been made to protect Australians.

“We will continue to focus on keeping Australians safe from terrorism and from violent extremism,” she told reporters.

“The views of Hamas and the violent extremist groups listed today are deeply disturbing and there is no place in Australia for such views.”

However, the Australian National Security website notes, “there are no known direct links between the Brigades and Australia.”

“The Brigades have not made statements specifically threatening Australians or Australian interests. However, Australians could be incidentally harmed in attacks.”

Ms Andrews also said work would be carried out by Attorney-General Michaelia Cash to protect people who don’t support Hamas.

“There are protections that are in place when organisations are listed,” she said.

Dr Tristan Dunning – author of Hamas, Jihad and Popular Legitimacy: Reinterpreting Resistance in Palestine – said it’s unclear as to why the government has chosen this moment to list all of Hamas as a terrorist organisation.

“It’s difficult to know what the government is hoping to get with this move,” he told SBS News.

“It’s not going to change Hamas’ policies, all this is going to do is make it more difficult for people… in the Gaza strip.”

Dr Dunning said enforcing these counterterrorism laws would be vastly complicated as there is no such thing as “a single Hamas”.

“In the academic literature, it’s always seen as a network of networks… a number of overlapping institutions, some of them charities, orphanages and hospitals who are independent and have their own boards of trustees,” Dr Dunning said.

“If we apply this to the Australian situation, if you’re working for the government… does that mean that you agree with the government? Should you be blacklisted?” 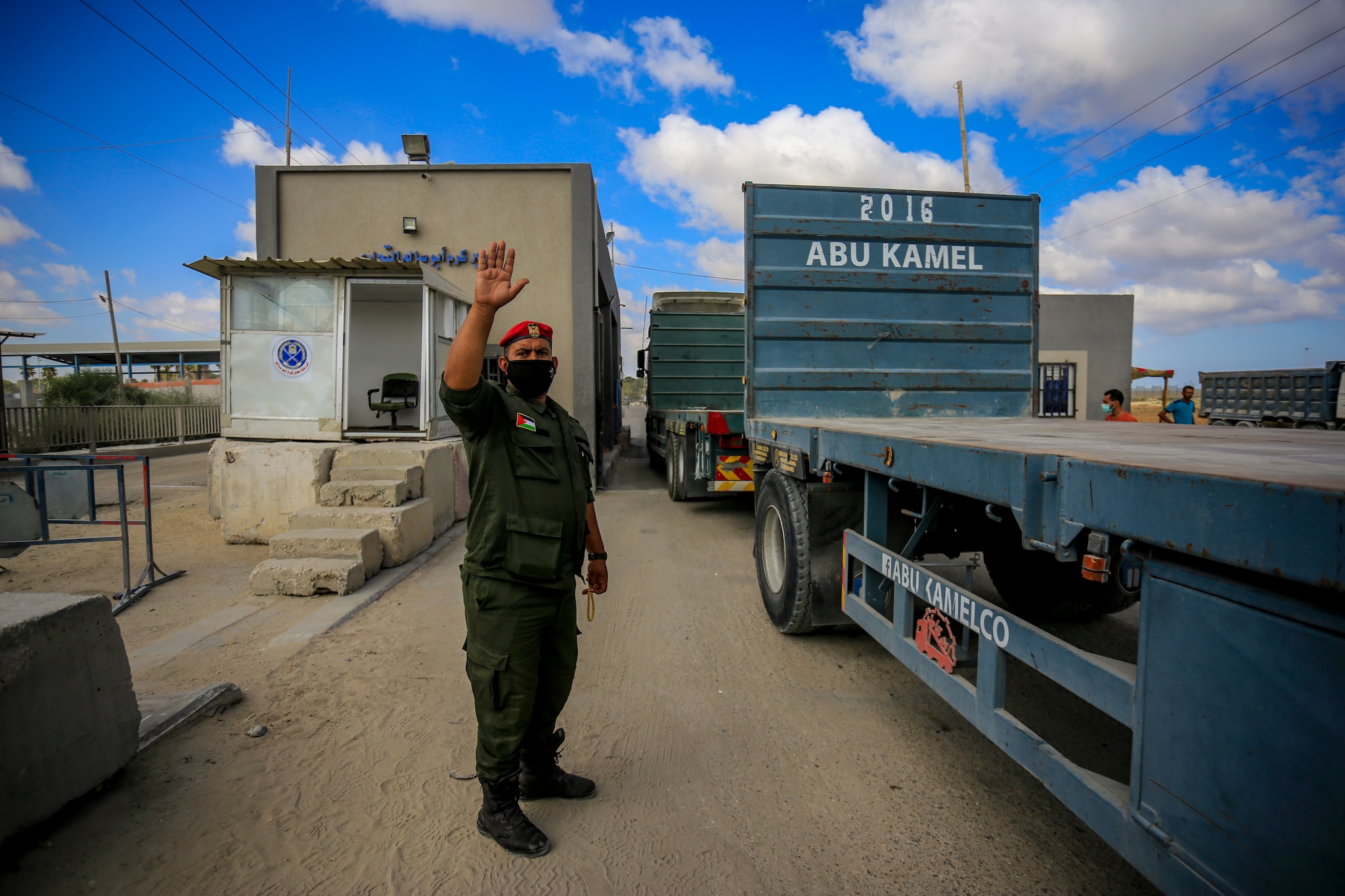 Dr Dunning also said Hamas updated its overall charter in 2017 to accept a two-state solution with Israel, along with removing antisemitic aspects of the charter.

“If we were looking at what the Labor Party or the Liberal Party were doing in 1987 and using that as a basis for current policy that would be ludicrous,” he said.

What are Israeli and Palestinian groups saying?

The Zionist Federation of Australia (ZFA) issued a statement on Thursday welcoming the government’s announcement.

“By taking this decision, the Minister has made clear Australia’s absolute rejection of hatred and terrorism,” ZFA president Jeremy Leibler said.

“There is absolutely no doubt that Hamas in its entirety meets the definition of a terrorist organisation.

“Not only is this decision the right one in terms of Australian law, it also brings Australia into alignment with the UK, Canada, US and EU positions on Hamas.”

ZFA made a submission to the Intelligence and Security Committee, urging the Minister to list Hamas in its entirety as a terrorist group. The group also attended the Committee’s public hearing.

Meanwhile, Australian-Palestinian advocates have complained that they were excluded from the Committee, which recommended the listing of the political wing of Hamas as a terrorist organisation last October.

The Australia Palestine Advocacy Network (APAN) said the government’s decision to list the political wing of Hamas as a terrorist organisation will damage Australia’s capacity to play a constructive role towards peace in the Middle East.

“The government has failed in its duty of searching for a peaceful solution and has shown it applies one set of rules to Palestine, and another to Israel,” APAN president, Bishop George Browning, said in a statement.

“The entire process leading up to this designation has been led by those who have a political barrow to push, with only pro-Israeli groups being sought out for evidence.

“Once again this government has shown it has no interest in human rights or the application of international law.” 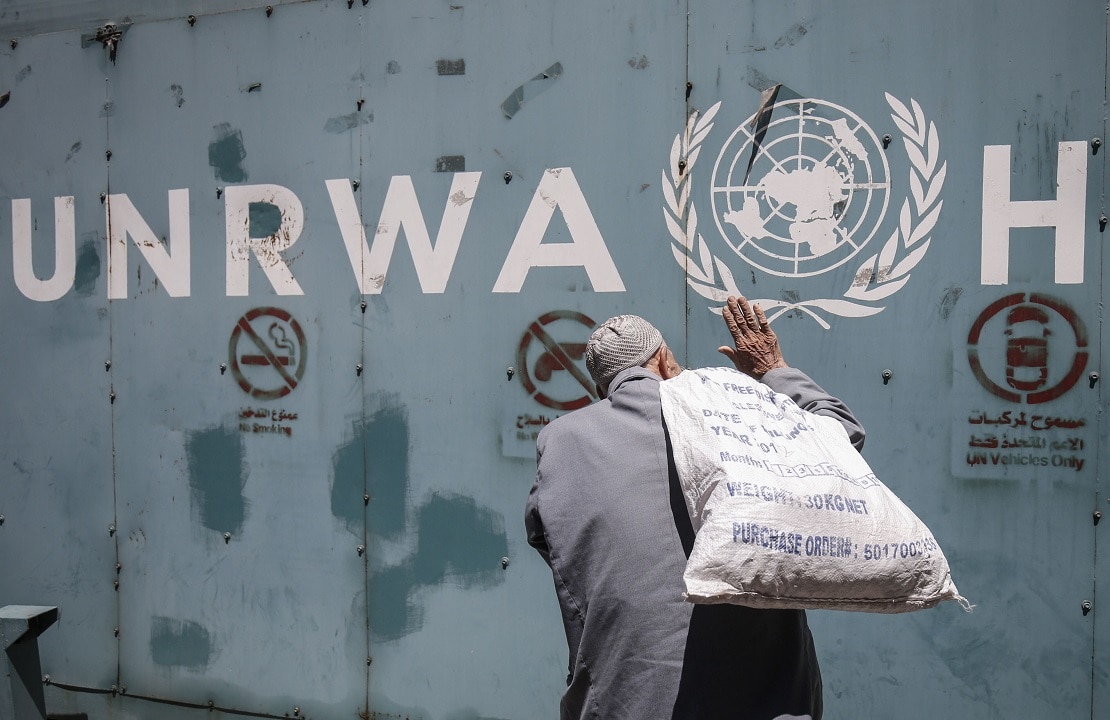 Until 2017, Washington was the biggest contributor to the UN Relief and Works Agency for Palestine Refugees (UNRWA). Source: Getty Images

A spokesperson for the Department of Home Affairs said for an organisation to be listed under the Criminal Code, the Minister needs to be satisfied the organisation is directly or indirectly engaged in preparing, planning, assisting in or fostering the doing of a terrorist act, or advocating for a terrorist act to be carried out.

They said the Minister may also consider non-legislative factors, including “listings by like-minded countries, the organisation’s ideology, and links to other terrorist groups.”

“On the basis of legislative and non-legislative considerations, the Minister is satisfied that the listing of the Brigades can be expanded to include the entirety of Hamas,” the spokesperson said.

The spokesperson said the listing of Hamas is also subject to the agreement of the Governor-General.

“It is already an offence under Australian’s implementation of the UN Security Council counter‑terrorism financing sanctions regime to make any asset available to Hamas, directly or indirectly, or to deal with assets or property owned or controlled by Hamas,” they said.

The spokesperson said the government has “no intention of prosecuting Australians under the Criminal Code for engaging in daily activities not connected with terrorism.”

“It is not a terrorist act to engage in advocacy, protest, dissent or industrial action where there is no intention to urge force or violence, or cause harm to others,” they said.

“Individuals and organisations should seek independent legal advice as to their own circumstances.”

SBS News has contacted the embassy of Israel and the office of the General Delegation of Palestine to Australia for comment.