APAN is a national coalition harnessing the passion of Australians for Palestinian human rights, justice, and equality 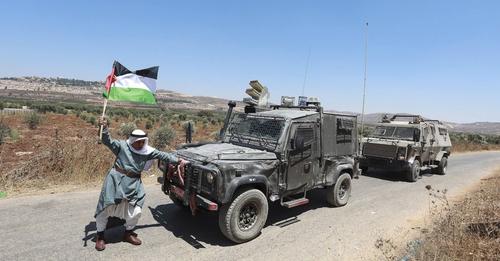 In late October, six prominent Palestinian human rights and advocacy NGOs were outlawed by the Israeli Government, and classified as ‘terrorist’ organisations. We need you to join us and hundreds of other prominent human rights advocates, aid groups, and unions to petition the Australian Government to pressure Israel to reverse its decision, and end its escalating attacks against Palestinian civil society. Media reports indicate the Prime Minister has announced Australia will adopt the IHRA definition of Antisemitism. APAN has rejected the move as unnecessary and dangerous.

“The Racial Discrimination Act is the best tool we have to fight all racism, including the scourge of antisemitism. said Bishop Browning, APAN President.

“The IHRA Definition actually muddies the water between legitimate criticism of Israel and Antisemitism. It has been used to shut down legitimate advocacy for Palestine in other places in the world, and we must not allow this to happen in Australia” he continued.

Five years ago Israel arrested humanitarian hero Mohammed El Halabi, accusing him of diverting $50 million in aid money to Hamas.  Despite over 150 court hearings and relentless interrogations, the Israeli prosecution has failed to provide any evidence for the charges.  Mohammed must be unconditionally and immediately released.

Join campaign to call for his release Israeli forces have destroyed the home of a Palestinian family in the Sheikh Jarrah neighbourhood of occupied East Jerusalem, days after the family tried to stave off the demolition by blockading the property. The family said dozens of heavily armed forces broke into their home while they slept and assaulted family members, arresting six of them. The family of 18 is now homeless.

The Salhiyeh family arrived in Sheikh Jarrah not long after they were expelled from Ayn Karem during the Nakba. In the 1950s, the Absentees’ Property Law allowed the Israeli state to seize property belonging to Mahmoud’s grandfather that the family had been forced to leave. A Jewish Response To The Sydney Festival Boycott

More than 200 Jewish organisations and individuals have signed an open letter endorsing the boycott of the 2022 Sydney Festival, and urged others to take a stand in solidarity with Palestinians.

“We Jews are eager, honoured, and humbled to stand alongside our Palestinian siblings and echo their calls. We refuse to be complicit in Israel’s actions. We stand in solidarity with Palestine and Palestinians.” Palestinian prisoners held without trial or charge are in their 20th day of a boycott against Israel’s military courts in protest of the controversial policy of administrative detention.

About 500 Palestinian administrative detainees joined the boycott, and are refusing to show up for hearings related to administrative detention orders, as well as appeal hearings, and sessions at the Supreme Court.